Gervonta Davis Next Fight: Who will be ‘Tank’s’ next victim? 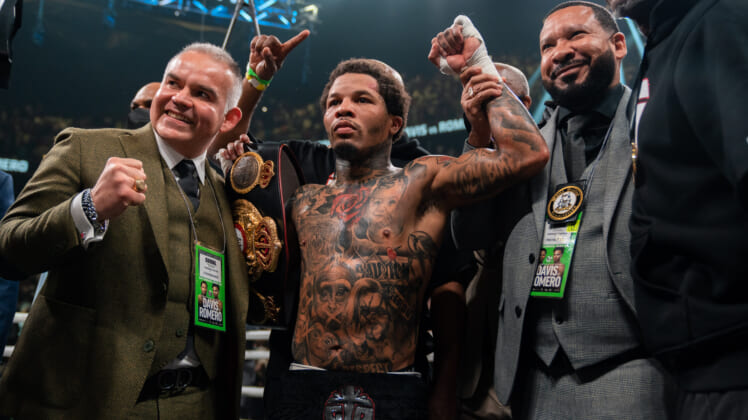 On the heels of another knockout win, the boxing world is patiently awaiting some Gervonta Davis next fight news. The undefeated lightweight star will likely return sometime this fall and there are endless big fight options for the WBA lightweight champion.

Who will Gervonta Davis next fight be against?

While his nickname is “Tank,” Davis has been more like a run-away train over the first 27 fights of his career. He has become one of the sport’s brightest young stars and has the resume and brand value to deserve a fight with the biggest names in the division. That is why matchups with Ryan Garcia, Devin Haney. or George Kambosos Jr. make sense next.

Davis vs Romero was a battle of undefeated rising stars for the WBA lightweight crown. And early on, “Rolly” looked like he might be a long night for the crushing machine that is “Tank” Davis. In the end, the champion held on to his belt with another destructive finish inside Brooklyn, New York’s Barclays Center.

What happened: In the lead-up to their bout, Romero claimed he was going to get to Davis and finish him in the first round. While he never came close, he won the first two rounds on most scorecards and seemed to legitimately stun the champ in the second. He was a puzzle it took four more rounds for Davis to solve.

The fallout: The momentum had fully shifted by the midway point of the fight, and in the sixth round Davis landed a filthy left hook counter that floored his foe and led to the end of the fight. Handing Romero his first professional loss.

The roadmap: There are many possible roads ahead for Gervonta Davis, but the most likely scenario sees him getting matched up with Ryan Garcia or Devin Haney next.

What makes Gervonta Davis so popular?

With the backing of boxing legend Floyd Mayweather, Jr., Davis has become one of the top young fighters in the sport. He is an elite talent at lightweight, a champion, and is becoming one of the more notable brands in the fight game. However, the 27-year-old native of Baltimore’s rise to fame has had some notable bumps in the road.

Money earned is often one of the greatest measuring sticks for a fighter’s success. After 27 pro bouts, Gervonta Davis’ net worth is estimated to be $4 million.