Jake Paul next fight: Will ‘Problem Child’ return in August?

After knocking out former UFC champion Tyron Woodley in his last fight, the world is now wondering when will Jake Paul‘s next fight be? The actor, rapper, YouTuber, and now pugilist has become a boxing sensation in record time, and his anticipated return to the ring will likely come in the second quarter of 2022. The question is, against who?

Check Out: 5 Best Steven Seagal Movies Of All Time

Who will Jake Paul next fight be against?

For better or worse, Paul is a boxing superstar. His upcoming fights drive serious traffic on sports sites and he pulls in pay-per-view numbers that are shocking for a fighter with five pro bouts, and zero boxing pedigree. Whenever the 24-year-old does decide to return to action matchups with UFC greats Anderson Silva or Michael Bisping, and boxing legend Mike Tyson are the strongest options.

On Dec. 18, inside the Amelie Arena in Tampa, Fla., Paul entered the ring for the fifth time as a professional boxer. It was also the first time in his very short career he competed in a rematch. Considering his most recent bout was a closely contested split-decision victory over former UFC star Tyron Woodley, running it back with “The Chosen One” was a fitting first rematch foray. However, this one ended very differently than their August clash.

What happened: Paul vs Woodley 2 will not be included in any best of 2021 lists. In truth, it was a perfect example of what a boxing bout will look like when the competitors have a combined six fights under their belts. However, while there was an absurd amount of hugging, and the Tampa fans often made their displeasure audibly known, the bout had a definitive end.

Unlike the first fight, which was a hard-to-score fight at times, “The Problem Child” left no doubt in the rematch. Sending fans home happy after a crushing sixth-round knockout of Woodley. Although the fight itself won’t be on 2021 highlight reels, the KO probably will. It was a vicious display of Paul’s power as his dangerous right hand connected during an exchange and left Woodley lying on the mat face down for nearly a minute. 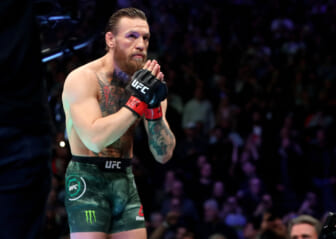 The fallout: The 24-year-old now has four knockouts in five fights, and a finish that is likely to bank a bunch of bucks as an NFT file for purchase. The future continues to be bright for him, and he still remains one of the most divisive and popular figures in all combat sports.

What makes Jake Paul so popular?

A transcendent talent: There are just some people who, for better or worse, capture the imagination of the viewing public. And Jake Paul has been able to do that for much of his adult life. 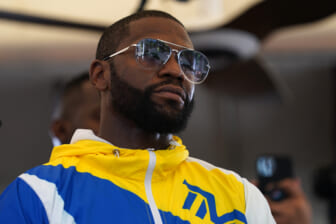 The measure of a fighter is often down to the money they’ve made throughout their career. Jake Paul’s net worth is estimated to be near $30 million. In May he earned a ranking on the Forbes 50 highest-paid athletes list for the first time. Landing at No. 46.