Formula 1 silly season changed course when Fernando Alonso signed with Aston Martin. What is the ripple effect and what should we expect next in silly season? 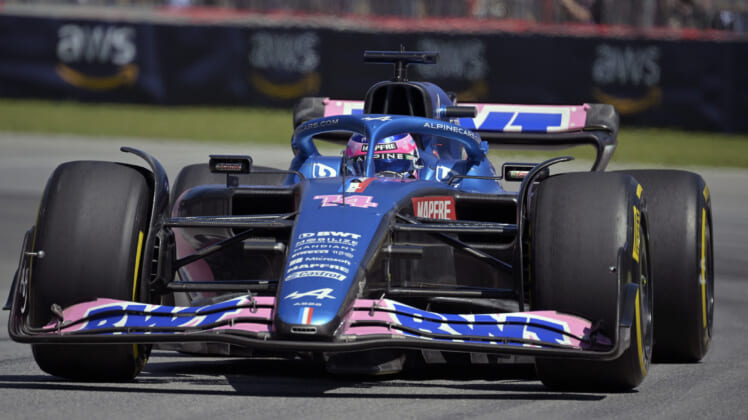 Formula 1 silly season took a massive turn when it was announced on the first day of the summer break that Fernando Alonso would leave Alpine and sign a multi-year contract with Aston Martin.

Where does silly season stand and what could be next for the process?

Who replaces Fernando Alonso at Alpine?

Fernando Alonso is taking his talents to Aston Martin after Sebastian Vettel announced his intentions to retire at the conclusion of the 2022 season.

Alonso and Alpine were working on a contract extension that would keep him in a seat, but those talks were reportedly not going well and the driver moved on to Aston Martin shortly after that occurred.

Well, now it begs the question of who replaces Alonso in the best available seat in Formula 1? The answer is likely going to be very simple and announced fairly soon.

Alpine reserve driver Oscar Piastri is in a prime position to become a full-time driver starting next year. Piastri, 21, has won the last three championships he’s tried to earn in Formula 2, Formula 3, and Formula Eurocup.

Piastri is the best young prospect without a ride but that is most likely changing soon. The 21-year-old driver was out of a ride this year due to being unable to find a seat.

Williams was a rumored destination for Piastri as he would replace Nicholas Latifi, but that seems to be out of the picture as Alpine now has an opening for its young future superstar.

Speaking of Williams, this move makes their future a little bit murky.

Williams has no contracted drivers for the 2023 season but Alex Albon is likely returning after having some impressive runs over the course of the season.

Oscar Piastri was rumored to replace the struggling Nicholas Latifi but it’s likely going to go in another direction due to the domino effect of Fernando Alonso going to Aston Martin.

Due to these situations, it opens the door wide open for Williams when it comes to their driver search. However, it may start with their young, promising Formula 2 driver Logan Sargeant.

Sargeant, 21, is a part of the Williams Driver Academy and has been impressive in his maiden Formula 2 season. The 21-year-old driver sits third in the point standings and has two victories.

If Williams deems Sargeant is ready and earns the needed super license points, it makes the most sense to move him to Formula 1. That’s only if both ideas are true for the young driver.

However, if Sargeant isn’t deemed ready, the team could go after another young Formula 2 driver named Théo Pourchaire until he is ready to jump up to Formula 1.

If Alfa Romeo wants to keep its driver lineup set, it wouldn’t hurt for Pourchaire to get some Formula 1 experience until an opening in their lineup opens with Valtteri Bottas and Zhou Guanyu.

Perhaps, Pourchaire goes to Alfa Romeo while Zhou makes a move to Williams with his backing to fill the void that Latifi leaves next year.

Either way, Williams seems to be in a good spot to bring a young driver into the fold next year next to their already steady driver in Albon.

Related: F1 gets an $85 million bump in new broadcast rights deal with ESPN

Other potential Formula 1 moves to consider next year

There might not be many other Formula 1 moves outside of Alpine and Williams now. However, it’s good to at least go down the list and see what’s going on for each team.

Red Bull and Ferrari are set after Sergio Perez and Carlos Sainz signed contract extensions with their respective teams during the 2022 season.

Mercedes has Lewis Hamilton and George Russell in the fold with the expectation of that not changing until Hamilton decides to retire from the sport.

McLaren has Lando Norris and Daniel Ricciardo and while the latter has been the topic of discussion, Ricciardo already stated he is returning to the organization in 2023.

Haas employs Kevin Magnussen and Mick Schumacher which seems to be a steady lineup. However, Schumacher was wrecking cars to start the season and costing a lot of money.

Schumacher has been better as of late but it’ll be interesting to see if Haas decides to move on to another option. It doesn’t feel very likely for the organization to do that as he grows.

Finally, AlphaTauri has Pierre Gasly and Yuki Tsunoda on their roster for the 2023 season. While Gasly would prefer to be elsewhere, there are not many options and Red Bull wanted him to stay.

Gasly is likely out the door for the 2024 season but he’s staying put with AlphaTauri as he struggles to find his foot in the new car that was brought this year.

Formula 1 silly season is not done yet and there is work to do as we wait for the 2023 driver lineups to become official.