For Oakland, the Warriors Could be the City’s Last Great Title Hope

Forty years ago, Oakland was seen as championship city. In May of 1975, the Golden State Warriors defeated the Washington Bullets for the franchise’s first NBA Title since moving west from Philadelphia. The Oakland Athletics were coming off a third consecutive World Series title. Meanwhile, John Madden was a year away from leading the Oakland Raiders to the Lombardi Trophy.

The likes of Rick Barry, Reggie Jackson, Fred Biletnikoff, and Vida Blue were among the best professional athletes on the planet. 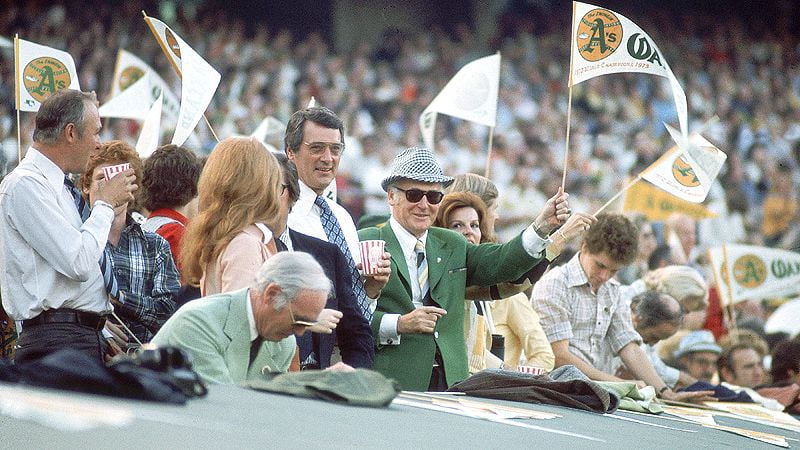 Courtesy of Getty Images: Oakland of the 1970’s had a lot to cheer for.

Since this city’s historic run at championships in the 1970’s, it’s pretty much been downhill. The Warriors are appearing in their first NBA Finals since that 1975 season. The Athletics have totaled just one World Series championship since their run to three straight in the 70’s. Meanwhile, the Raiders, who have since moved to Los Angeles and back, have not put up a winning record in 12 years.

With the influx of young talent on all three of these teams, one would think that a title is imminent in the not-so-distant future.

But will it be in Oakland?

The good news for fans in a city that’s seen as the stepsister of the Bay is that Steve Kerr and the Warriors are three wins from a NBA title. The bad news for Oakland is that this might be one of the last championship runs for the Warriors in the city they have called home for the past 44 years. Originally the San Francisco Warriors when they moved out west from Philadelphia in 1962, the Warriors may be calling that city home again soon.

When Peter Guber and Joe Lacob took over as the Warriors’ owners back in 2010, the first order of business was to vet the possibility of moving back to San Francisco. In a process that has spanned the past five years, the Warriors are close to making that a reality. 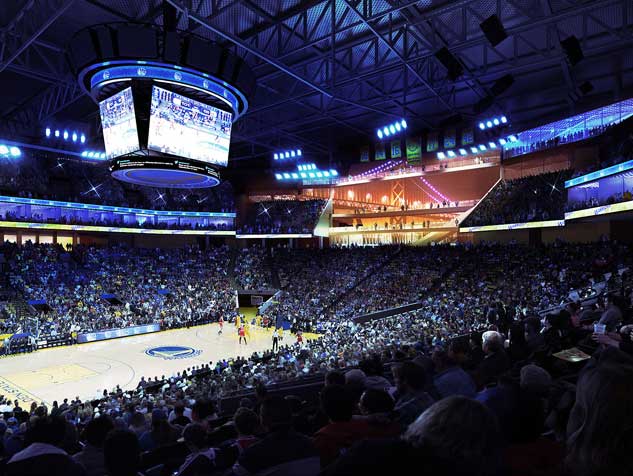 Courtesy of SF Bay: It makes sense for the Warriors to move back to San Francisco.

Back in April of 2014, the Warriors purchased a 12-acre lot of land in the Mission Bay district of San Francisco. Construction on the water-front site is set to begin early next year with a target date for relocation set for either 2017 or 2018.

“Ultimately this team needs a new arena,” Silver said last week, via SF Examiner. “There is no doubt about that. This is one of the oldest arenas in the league and can’t support long term the NBA infrastructure.”

While the Warriors have a great young team and can anticipate to be contending for a title between now and their likely move to San Francisco, there’s no guarantee that they will find themselves this close to a championship over the next couple years.

Even less likely to bring a title back to Oakland, the Raiders are potentially set to play their final season in Northern California before a move back to Los Angeles.

The story is by now well documented.

In partnership with the division rival San Diego Chargers, Mark Davis and the Raiders are planning to build a dual-team stadium in Carson, Ca. The stadium plan was approved by Carson’s City Council, which enabled both teams to bypass a city-wide vote. The plan is also seen as viable by the NFL, and construction is set to start later this year.

Courtesy of the L.A. Time: It also makes sense that the Raiders would want to take advantage of the L.A. market.

Teams have to wait until January to file relocation paperwork, but it appears any plans for a new stadium in Oakland are dead in the water right now. Going up against a rival plan of the St. Louis Rams in Inglewood, it’s not a foregone conclusion that the Carson project will end up bringing a team back to Los Angeles. But for all intents and purposes, we can assume the Raiders are playing their last season in Oakland in 2015.

The A’s have earned a playoff spot in eight of the past 15 years. They have been one of the consistently good baseball teams during that span. They have also been mired in a quagmire of epic proportions when it comes to building a new stadium in Oakland. Recently agreeing to a 10-year lease extension at O.co, some may think the A’s are locked into Oakland for the foreseeable future.

However, that’s nowhere near the case.

There are outs in the deal that enables the A’s and enigmatic owner Lew Wolff to up and move the team during the 10-year lease. And in reality, that’s something that might come to fruition if new MLB Commissioner Rob Manfred takes a more hands-on approach than Bug Selig. The A’s have been embroiled in a territorial dispute with the San Francisco Giants over San Jose. The Giants claim rights to that territory, and MLB has backed the defending champs at every turn there. Outside of the two sides coming to some sort of a common ground here, the A’s two options are to remain in Oakland or to relocate out of the Bay Area altogether. Considering the massive issues with getting any stadium project done in Oakland (see the Raiders), it’s possible that Wolff and company may just pack their bags in the not-so-distant future. 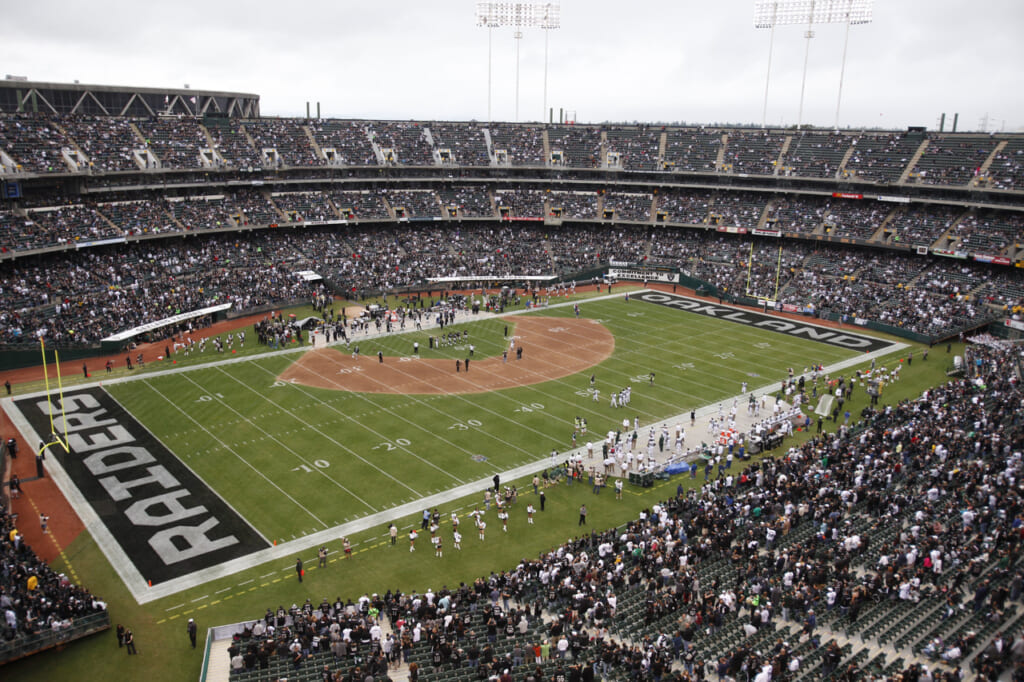 Courtesy of NFL.com: O.co is now the only two-sport stadium remaining.

Even if the A’s were to remain in Oakland for the duration of that 10-year lease, the recent championship window the team had closed abruptly this past winter when general manager Billy Beane traded the heart and soul of the roster. Talent-stricken and without any short-term hope at contention, the last-place A’s don’t appear to be ready to play postseason ball at any point soon.

All the talk during the NBA Finals has been about LeBron James bringing a championship back to Cleveland for the first time in six decades. And while that is a great story, the Cleveland sports scene isn’t going anywhere anytime soon. King James appears to be ready to lead that team into contention for the next several years. Meanwhile, both the Browns and Indians are locked into Cleveland for the foreseeable future.

In Oakland, that’s not even close to the case. A city that had in the past given the sports world some of the greatest dynasties in history may be in the golden years of its tenure as a professional sports city. There’s a chance that within the next five years Oakland will not host a single pro team. And three wins away from a title, the Warriors could be the last glimmer of hope here—a glimmer of hope that will enable Oakland to ride off into the sunset on top of the mountain. If not, a once championship-rich city could die a slow death with the echoes of past greatness fading into the oblivion of history.