5 NFL Players who have been huge training camp disappointments

NFL offseasons breed unjustifiable excitement for certain overly hyped players, but so often it doesn’t take long for them to come back down to earth once the pads come out during training camp.

Whether because of injuries or plain old bad play, they just cannot live up to the big expectations placed upon them by media and fans alike.

Now that all of the NFL teams have fully engaged in training camp activities, here are the five most disappointing players thus far.

McFadden entered training camp on the PUP list because of a hamstring injury. With McFadden’s notorious track record of getting hurt, this news is disappointing for the Cowboys, but it shouldn’t be a shock.

The team has a major hole to fill since the departure of running back DeMarco Murray, and McFadden’s current health status is not helping. The former Oakland Raiders back has missed 29 career games in seven seasons and appears to already be showing signs of wear and tear after practicing in the offseason.

It appears McFadden’s health will be a headache the Cowboys deal with all season long. 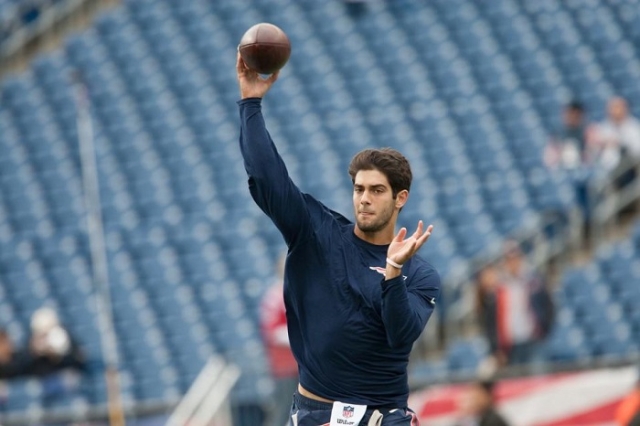 Garoppolo is under tremendous pressure in training camp to prove he can be the No. 1 quarterback in New England in case Tom Brady’s four-game suspension should stick. Sadly, reports indicate that the second-season quarterback is struggling.

On Wednesday Garoppolo completed only 15 of 33 passes in his 11-on-11 drills. Furthermore, it was reported that he was slow on reads that would normally have resulted in sacks during regular season competition.

In order to adequately fill in for Brady, Garoppolo has to improve his accuracy and be able to get rid of the ball more quickly. He’s got some time over the preseason to work on these issues at least, but early reports don’t offer much hope.

Webb reportedly opened up training camp with a failed conditioning test that caused him to miss the first day of practice. The failed test did not go over too well with management (via ESPN):

According to the Ravens website, Webb has since passed his test.

The cornerback is coming off of a disappointing 2014 campaign that had him ranked 78th overall, according to Pro Football Focus (subscription required). Last year Webb registered 20 less tackles than he had in his 2013 season and only managed one interception.

He also missed much of last year’s training camp due to groin and back injuries. Hopefully Webb’s first failed conditioning test won’t be a sign of things to come this season. 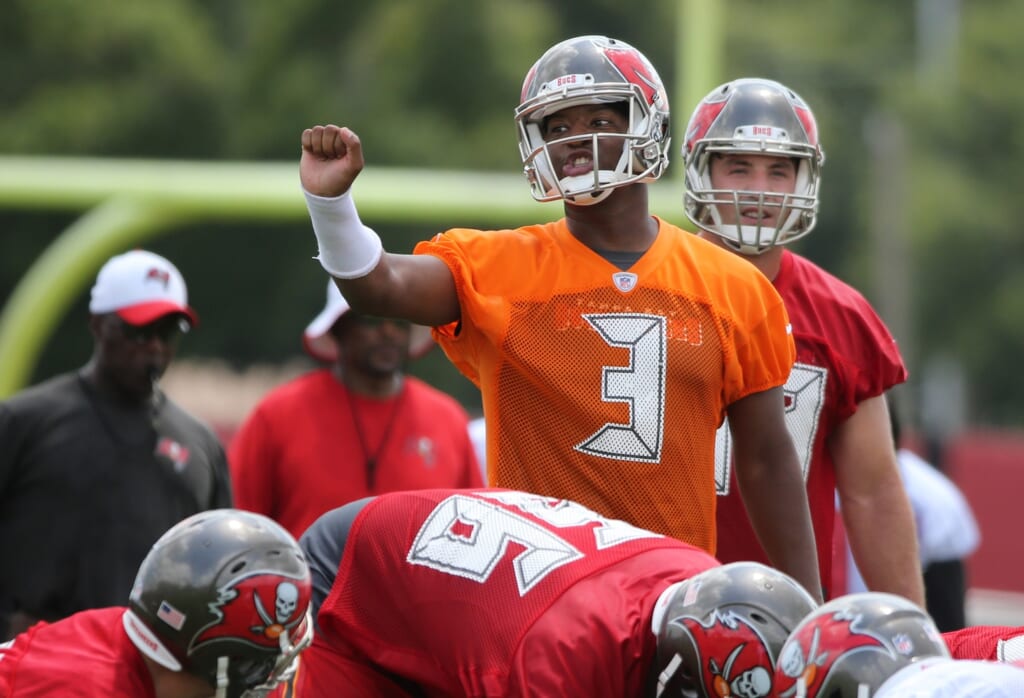 Winston is a rookie, so of course there will be some struggles.

Unfortunately, they have been so numerous early on that he earned a rather undesirable radio segment: “Our daily Jameis Winston interception roundup now”

During one of the practice sessions Winston reportedly threw three interceptions in five attempts.

Hopefully Winston’s knack for interceptions, which is highlighted by him throwing 18 picks during his last year at Florida State, will be something he can correct over the preseason. It’s worth noting that his poor decision-making had been highlighted by many draft experts as something to keep an eye on going forward, despite his many positive attributes.

We can’t help but note that Tennessee Titans rookie quarterback Marcus Mariota has yet to throw one interception in six days of practice.

According to Vic Carucci of The Buffalo News, Manuel has been the most disappointing of the three Bills quarterbacks thus far.

While none of the three shined, Manuel struggled the most and was nearly picked off twice when he badly under-threw passes during his 7-on-7 and 11-on-11 drills in one session. Also reported is that Manuel was holding on to the ball too long, and that he fumbled multiple times on opening snaps.

Manuel’s struggles are disappointing. Being that this is his third year in Buffalo and that he sits behind embattled veteran quarterback Matt Cassel as a starter, this is not something that bodes well for the longevity of his career in Buffalo.

Matt Cassel is leading the #Bills' QB competition but Tyrod Taylor isn't going down without a fight. No mention of E.J Manuel (Vic Carucci).

The Bills are going to have to find other ways to win games this season based on their gloomy quarterback outlook.