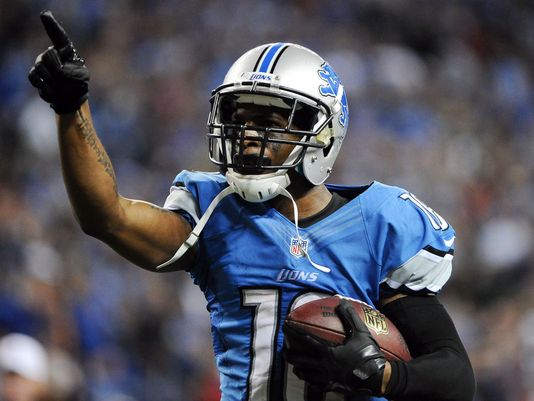 Titus Young will not face prison time for felony assault charges, stemming from his strange, violent behavior in 2013. Instead, the Los Angeles County Superior Court has given him a chance to change his ways, giving him five years probation, rather than lock him up.

According to David Leon Moore of USA TODAY Sports, a one-year stay at Crosby Center, an inpatient treatment and therapy facility, is part of the bargain as well.

Young has already resided for three months at the Crosby Center, a substance abuse rehab center and mental health facility, as a result of a previous Orange County probation agreement. He has 99 days credit at the facility, so he could be a free man next February.

Young was once a budding star wide receiver for the Detroit Lions, but those days are likely long behind him.

When probed about the latest news, all he would say, per Moore, is, “I feel good.”

This is a rare chance being given to Young. Many young men in similar situations end up in prison. After spending time incarcerated, they end up, more often than not, worse off than they would have been had they been given a chance like he has right now.

Young knows this is his final chance, too, thanks to a stern warning from Judge Michael J. Shultz.

“I can’t tolerate any violation from you. You should not consider this a first chance or a second chance. You’ve had lots of chances. This is the biggest chance you’ve been given, and you won’t get another one from me. If I learn that you have in any way harmed anyone, you’ll do time.”

Moore writes that Young has been touted as an “ideal patient and a non-threat,” which likely had everything to do with Shultz’s ruling. Dr. Robert Knol, one of the psychologists at the Crosby Center, likes what he sees from Young these days.

“We’re not seeing the irritability, the anger, the acting out, the violence,” Knol said. “We have seen cooperation. We have seen a genuine investment in all forms of his treatment, both in individual sessions and group sessions. We’re very optimistic. I predict we’ll all celebrate the restructure of a fine young man.”

Provided he continues receiving professional help, and provided he surrounds himself with the right kind of people, Young has an excellent chance to succeed in life from here on out.