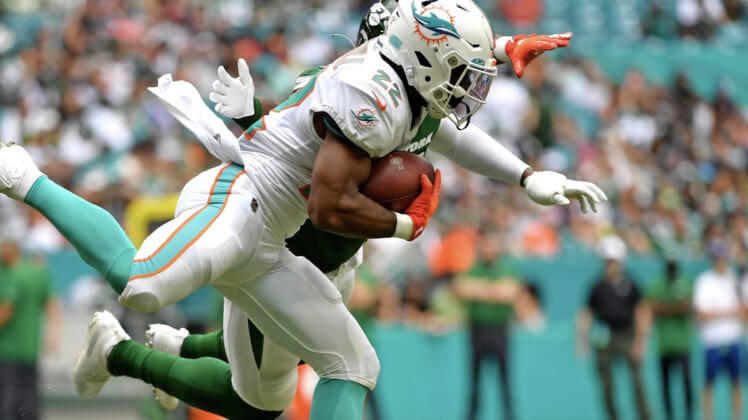 Back in November, Mark Walton was cut by the Miami Dolphins after being charged with aggravated battery of a pregnant woman. Roughly six months later, he’s been cleared.

Ian Rapoport of NFL Media shared Wednesday that the state of Florida has dropped the battery charge against Walton. His lawyer, Michael Gottlieb, said, “The state of Florida, after months of investigating, chose not to go forward.”

It’s unclear exactly why the investigation came to this conclusion. However, it is worth mentioning the woman Walton allegedly punched was carrying his child (five months pregnant at the time of the alleged incident).

Walton was also charged for a second time in January for the same alleged crime, against the same woman. He was then arrested in February of this year for violating his restraining order.

A former fourth-round pick out of Miami (FL), Walton has an extensive history of off-field arrests. Previously a member of the Cincinnati Bengals, he was cut by the franchise in April of 2019 after multiple arrests. He is currently a free agent.