It’s no secret there are some NFL players being overpaid for what have done in the past, rather than earning the big contacts they’re cashing every week. Whatever the exact “prime” age is for an NFL player varies depending on the level of performance they have maintained over the past few years.

The following players seem to be past their prime already, despite being paid like they are still worthy of their elite-level contracts.

Note: for the purpose of this article we’re using their average salaries, rather than this year’s cap hit.

Wallace, whose production has been on a decline since 2011, signed a massive contract in 2013 with the Miami Dolphins that pays him an average annual salary of $12 million.

After both parties became disgruntled with each other two trying seasons, the Dolphins parted ways with Wallace, and he is now enjoying his expensive paycheck as a member of the Minnesota Vikings.

Miami somehow getting the Vikings to PAY a 5th rounder for the Mike Wallace contract albatross is maybe the craziest thing this offseason.

Since becoming a member of the Vikings, the 29-year old receiver has been quite unproductive and has drawn only 5.5 targets on average per game. Additionally, Wallace is on track to finish 2015 with a total of only 565.3 yards and two total touchdowns.

While we can cast a little blame on the fact that the Vikings rely heavily on Adrian Peterson to handle a huge chunk of the offensive plays, this is still by far Wallace’s worst statistical year of his career. At this time, he is under contract through the 2017 season with a cap hit of $11.5 million the next two seasons. 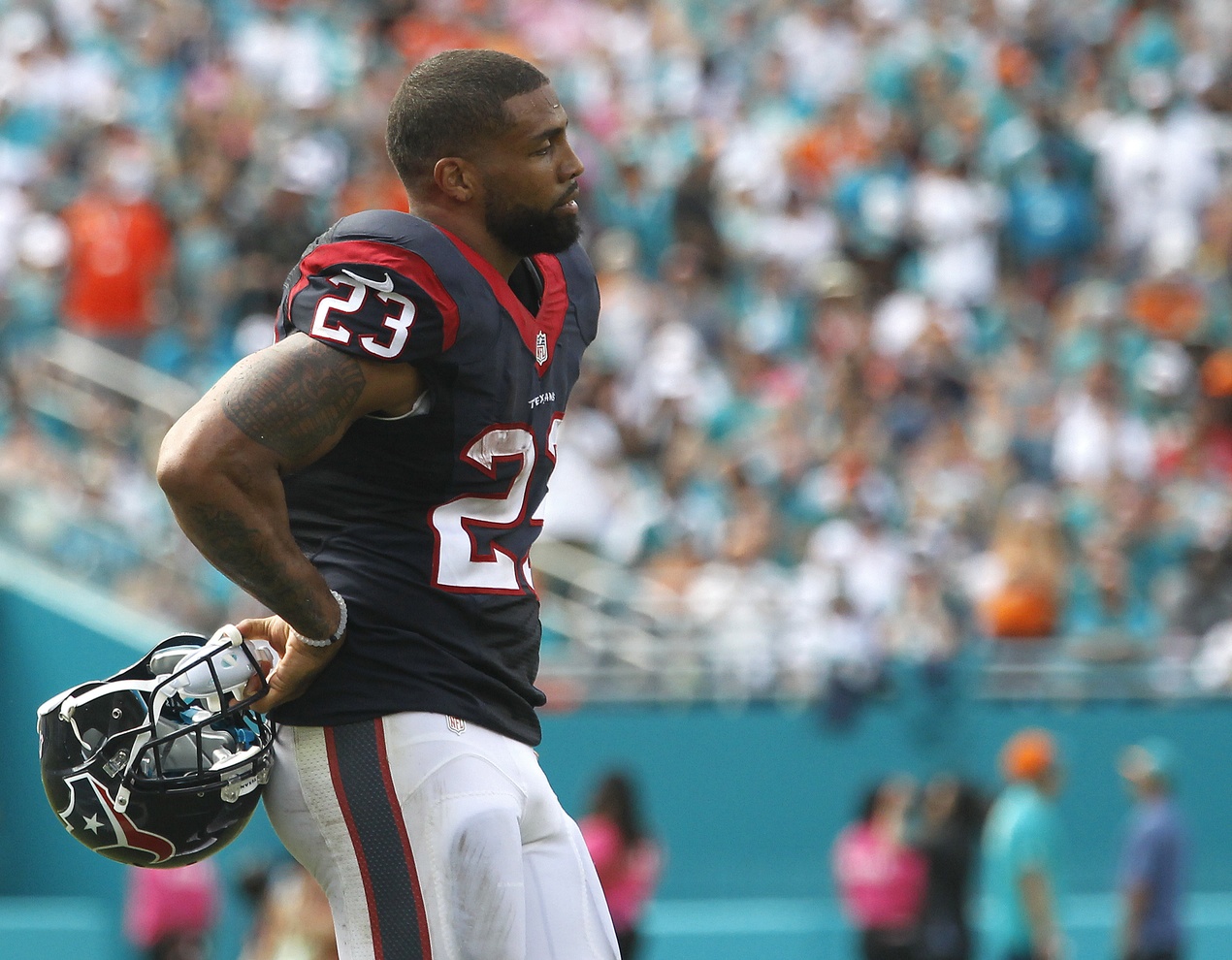 After sustaining another season-ending injury, it would appear that Foster, who is 29-years old, might never be the same again.

Currently receiving the fourth-highest annual running back salary, Foster still has one more year left on his contract. Although he is now faced with the task of healing from an Achilles tear when he returns in 2016.

In the four games Foster did play in 2015, he averaged only 40.75 rushing yards per game at a sluggish pace of 2.6 yards per attempt. Additionally, only one rushing touchdown was manged during those four games.

Last season, Foster was averaging 95.8 rushing yards per game at 4.8 yards per carry. With other running backs with less mileage outperforming Foster’s numbers this year, he certainly appears to be overpaid among his class.

Whether it is the change in head coach in Buffalo or just poor output, the 30-year old pass rusher has seen a drastic decline in production this season. On course to finish 2015 with only five sacks, and 19.5 tackles, Williams is on pace for the worst statistical year of his career.

As for Pro Football Focus’s rankings for defensive ends (subscription required), Williams doesn’t even make the top 57 for the season.

So Mario Williams hadn't been playing? Didn't notice. But thanks for the update…not much info…just like EJ…great job broadcasters

As stated above, players past their prime come in all shapes, sizes and ages. And, it is possible that the age of only 28, we are looking at Kaepernick’s prime production in the rear view mirror.

Kaepernick’s annual average salary of $19 million is the 11th-highest among current average quarterback salaries. Since signing his grand payday in 2014 that takes him through 2020, Kaepernick’s production has declined immensely.

So much so that he now resides as overpaid bench decor while the team has decided it would be best to start Blaine Gabbert in his place.

It seems like eons ago that Kaepernick led the San Francisco 49ers to the Super Bowl. Although now, due to his inept level of performance over nine games that saw him score only seven touchdowns compared to five interceptions, his future with the franchise is very much in jeopardy.

With injuries hampering his production and play time this year, Moore is still enjoying a lofty paycheck despite his presence in only seven games this season.

So far this year, Atlanta’s defense has struggled and the team has allowed seven tight end scores. As for Moore’s contribution on the defense, he ranks No. 73 overall among his fellow NFL safeties, per Pro Football Focus.

Since Week 1, when Moore racked up seven tackles, two assists and one interception, Moore’s numbers have unfortunately taken a nose dive. 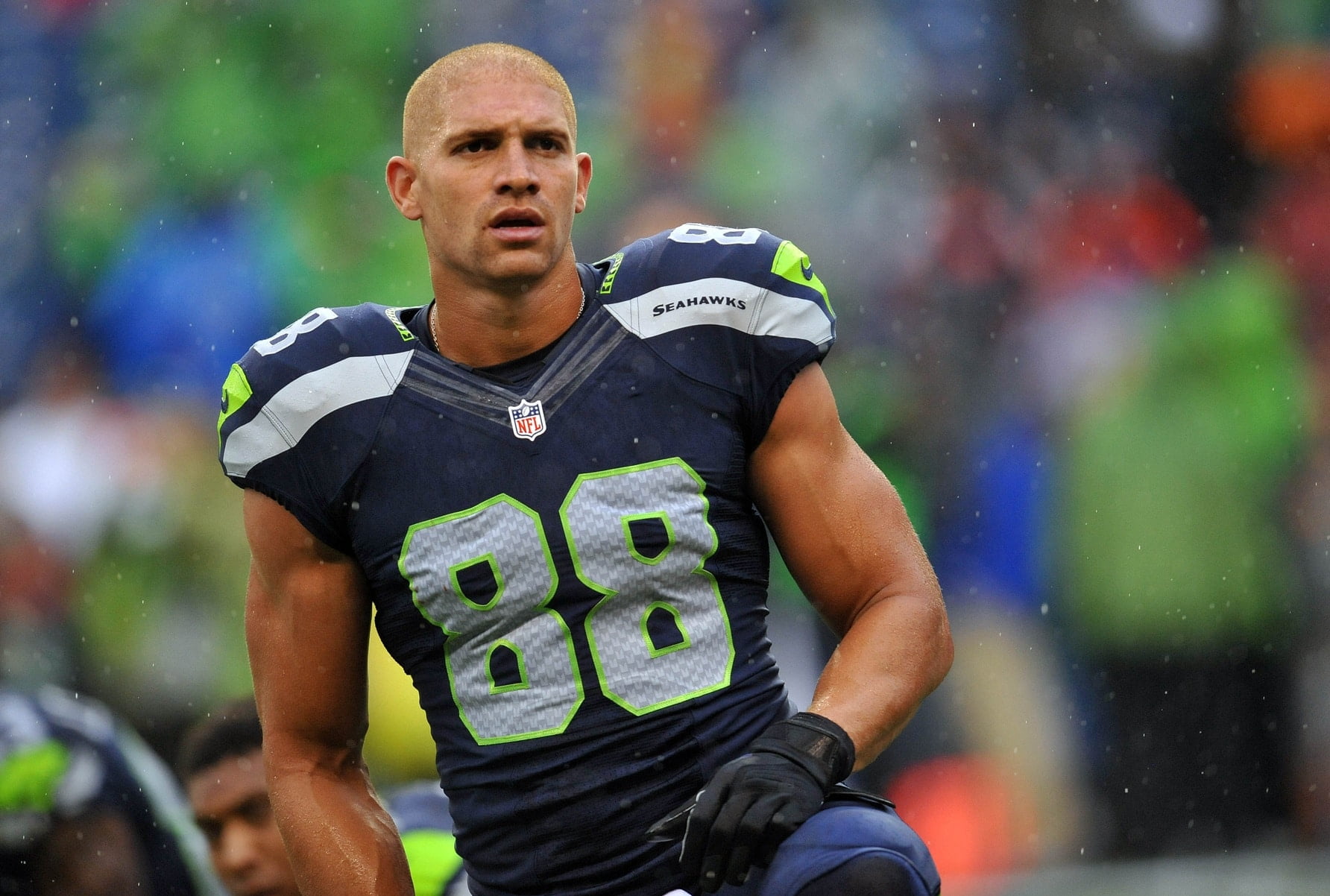 The Seahawks offensive line is horrific and Unger’s absence is extremely noticeable. As for Graham, we’re not seeing the elite-ness that he once exuded when he played for the New Orleans Saints.

Currently for the 2015 season, Graham in on schedule to finish with 72 receptions, 872 yards and — wait for it — 3.5 touchdowns. For comparison, New England Patriots tight end Rob Gronkowski is on pace for 1,433 yards yards and 14 touchdowns and is earning less money per year than Graham.

With the Seahawks losing more games than they are winning, it is still a mystery as to why Graham is not targeted more in the red zone. Heck, even his own coaches wonder why quarterback Russell Wilson isn’t giving him more chances in this capacity.

Brooks signed a lengthy six-year deal back in 2012 that has him set to become a free agent in 2018.

Over a tumultuous 2014 season that saw a drastic decline in Brooks’ production and a couple of benchings for sporting a poor attitude, Brooks is a fine example of an overpaid and under-producing player. Last season after lashing out at his then defensive coach Jim Tomsula, Brooks explained himself.

“I felt bad,” Brooks said, via NFL.com, and I didn’t like that feeling. So I decided to apologize to Jimmy Tomsula because that’s who I said those words to. I apologized and he accepted my apology.”

“By me being a veteran, I can’t bring that attitude to the team.”

Brooks, who is on course to finish 2015 with six sacks and 30 tackles, hasn’t improved much since last season and he currently ranks 46th among his fellow linebackers, per Pro Football Focus. 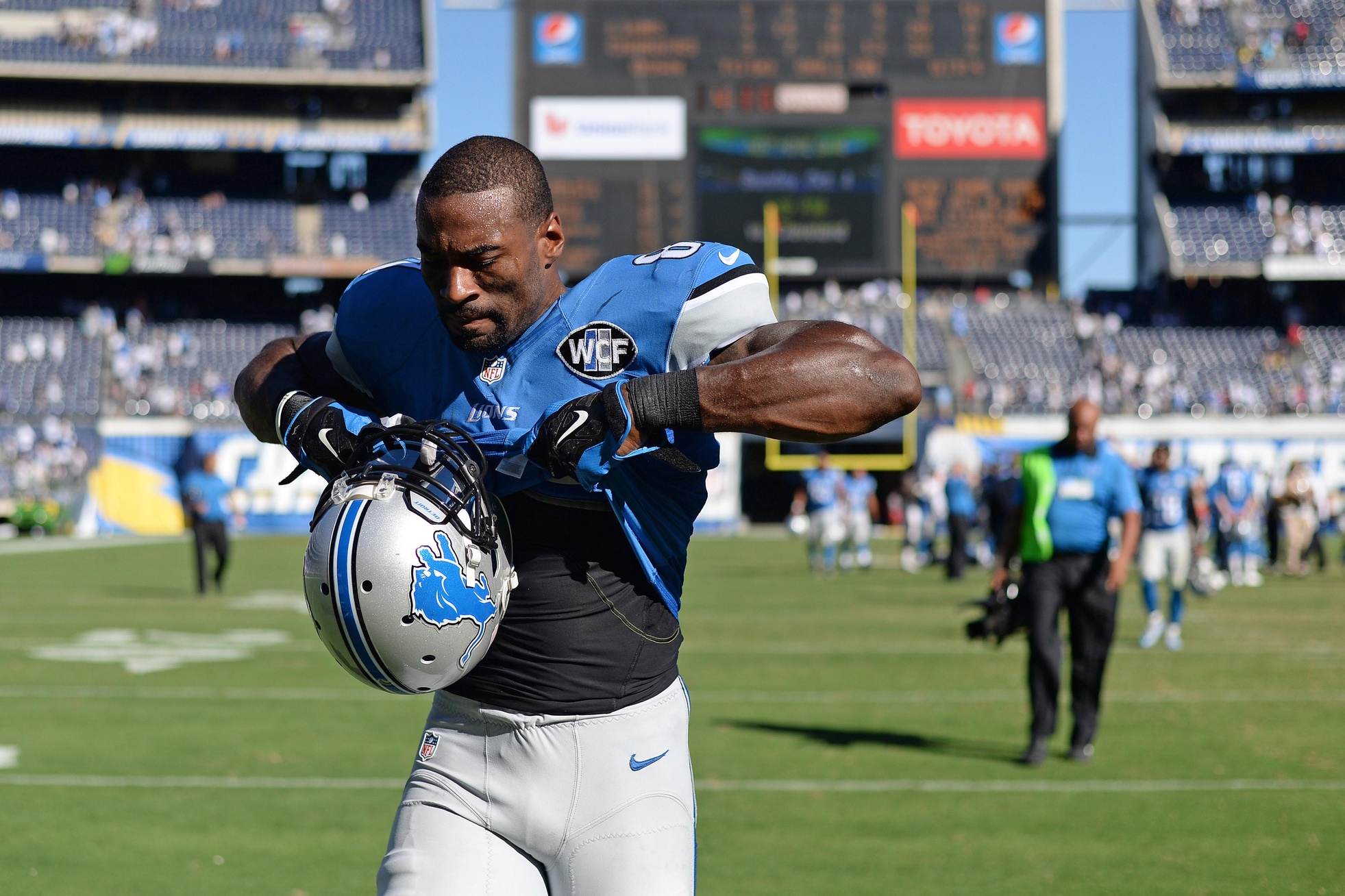 A few years back, it was a no-brainer that Megatron was deserving of this honor. Though now, we have seen Johnson’s production taper off quite a bit from his star-studded 2012 season when he had 122 receptions for 1,964 receiving yards (both his career highs).

Additionally, his 16 season touchdowns from 2011 seem like ages ago, and it has been since 2013 that Megatron scored double-digit touchdowns. With Johnson’s current contract taking him through the 2019 season (his cap hit is over $24 million next year), he is an expensive player to keep on the team’s payroll, especially considering starting quarterback Matthew Stafford is struggling to move the ball down the field.

While Johnson is on track to post 1,315 yards for the season, which is not bad, it’s his three touchdowns in nine games that are worrisome.

Johnson, at 30-years old is still producing, but does his current pricey salary justify his overall decline in production? We think not.