In the weeks leading up to NFL training camps, the preseason and eventually the regular season, many burning questions exist.

A pending suspension, recent retirement and an abundance of free-agent activity could cause the tide to shift for certain teams and divisions. Is it possible an underdog team could win the AFC South? Can the Dallas Cowboys regain their dominance? Meanwhile, a former Heisman Trophy winning quarterback will be playing to save his career.

This brings us to ponder some of the biggest NFL questions headlining the news as the 2016 season comes into focus.

How will the Denver Broncos fare post Peyton Manning? 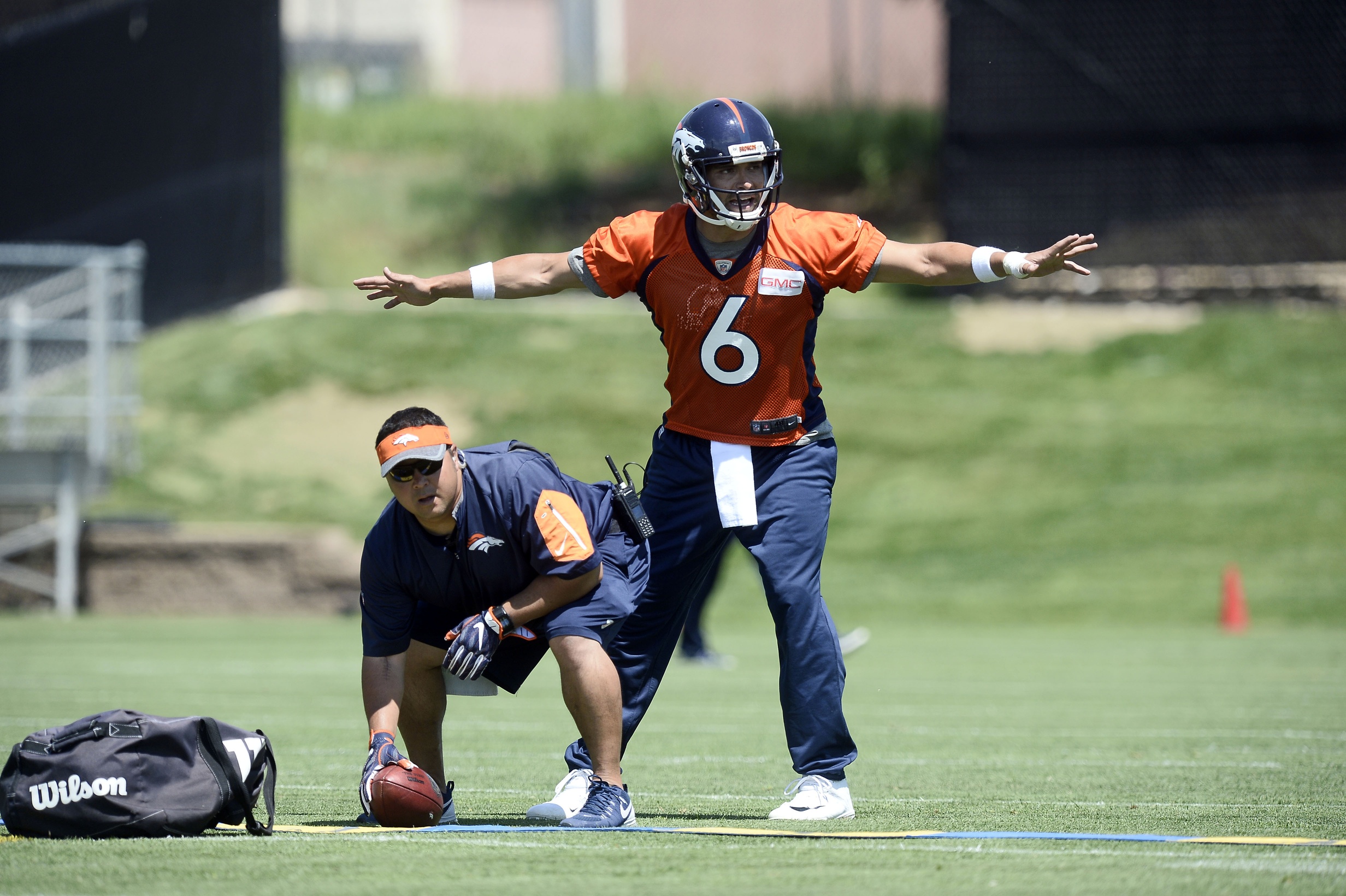 After four seasons with Denver and one Super Bowl championship, the Sheriff retired this past spring.

Heading into 2016, some folks may believe the Broncos are in fine hands considering Manning’s significant demise last season. After all, Manning churned out career-lows across the board in nine starts while the team finished 12-4.

The defense clearly held the team up while Manning floundered. That could be the case again when Mark Sanchez or Trevor Siemian starts this fall. Sanchez is hardly a sure bet, and Siemian has seen very little professional action.

After the Kansas City Chiefs snuck their way into the postseason producing a 11-5 record, they’ll be sure to give Denver some competition. Plus, the up-and-coming Oakland Raiders and the San Diego Chargers should not be discounted either to turn up the heat on Denver.

It should be fascinating to see if the Broncos can remain the lead horse in the race for the division this fall while primarily being held afloat by their domineering defense.

Throwing a monkey wrench into the entire debate here is that Von Miller and the Broncos are in the middle of a contract standoff. He has already said he will not play on the franchise tag, and the deadline is less than three weeks away to get a long-term deal done or see if he’ll follow through with his threat.

Do the San Francisco 49ers have any hope in the NFC West?

The team has since hired Chip Kelly to turn things around. Plus, a quarterback competition to see whether incumbent Blaine Gabbert or an embattled Kaepernick will start is to take place during training camp. Some upgrades made on defense, including the selection of collegiate standout DeForest Buckner, could also help. And a healthy Carlos Hyde should bolster the run game (he’s awfully excited about the system).

But will this be enough to surpass a dominate Arizona Cardinals and Seattle Seahawks? Likely not. Though, the potential to shove the Los Angeles Rams into the basement is certainly feasible taking into account a possible rookie quarterback and their difficult schedule.

With the 49ers currently favored to win zero games this season by a Las Vegas oddsmaker, fans can only hope for a small miracle this fall.

Will the Baltimore Ravens rebound this season?

Last year the Ravens produced the worst season (5-11) in the John Harbaugh/Joe Flacco era, which began in 2008.

Injuries galore impacted the team at several key positions. This included Flacco tearing his ACL in Week 10, which caused the quarterback to miss games for the first time ever in his eight-year career.

Although by the time Flacco went down, the Ravens had already lost seven games. His lack of receivers and loss of running back Justin Forsett doomed the offense to failure.

The @ScoutFantasy boys are giving their #FantasyFootball BOLD predictions. @DrRoto says Mike Wallace will lead the #Ravens in receiving TDs!

Finishing ahead of the Cleveland Browns is nearly a done deal. But we can probably expect last year’s 12-4 Cincinnati Bengals and 10-6 Pittsburgh Steelers to give the Ravens a run for the money in the AFC North this year.

Will Tom Brady’s suspension give the rest of the AFC East a fighting chance? 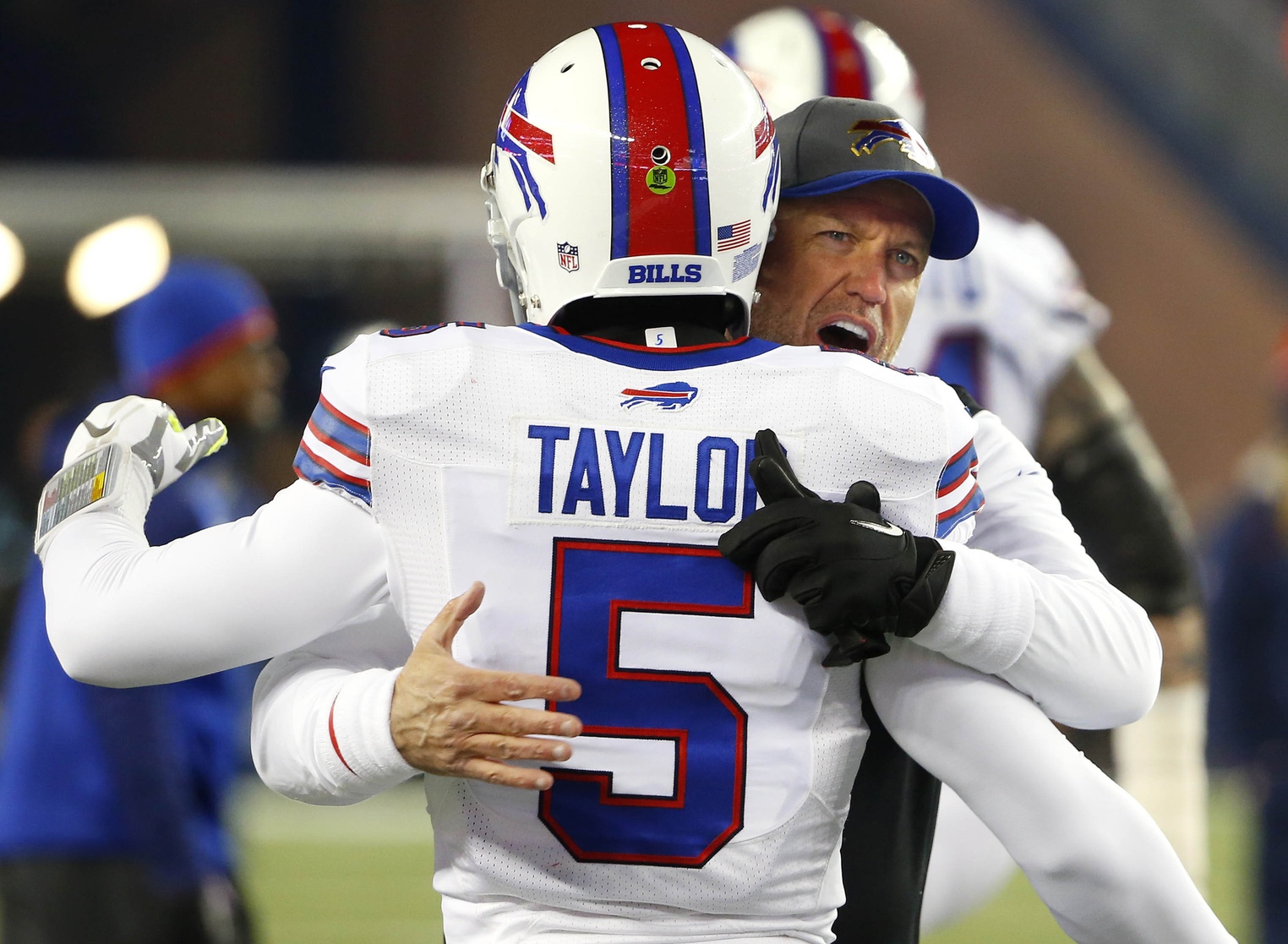 The New England Patriots have dominated the AFC East for the last 13 years with the exception of Tom Brady’s lost season in 2008. So, with the big guy likely riding the pine for the first four games, it is time for the other teams in the division to step up and take advantage.

Realistically speaking though, a difficult path lies ahead for the Jets, Bills and Dolphins to upstage New England. This is despite the fact that Jets’ Eric Decker believes the division is “up for grabs.”

First of all for the Jets, it is looking more and more likely that Geno Smith will be under center. Smith boasts a lousy 11-18 win/loss record and his 35 career interceptions exceed his 27 touchdowns. Whether he will take advantage of an elite receiving corps this time around is the big question. Clearly, the return of Ryan Fitzpatrick would be the best scenario.

Rex Ryan already announced the Bills “won the offseason,” but that rarely means anything when the action starts. They are dealing with multiple injuries already and a second-year starter — hardly a team projected to lead the division.

Lastly, we are all waiting for Ryan Tannehill and the Dolphins to make some noise. The team hasn’t won more than eight games since 2008.

Considering Brady will miss one road game against Arizona and three home games against Miami, Houston and Buffalo (if he is suspended at all), it wouldn’t be surprising to see the Pats at 3-1 or perhaps 4-0 when No. 12 returns.

Could the Jacksonville Jaguars have a legitimate shot at seeing the postseason?

At this point, all the NFL teams are on even ground and nearly any one of them could wind up in the playoffs. With that being said, a hopeful buzz surrounds the Jacksonville Jaguars, who will be an intriguing team to follow this season.

The Jags made some fantastic offseason additions that should only improve their up-and-coming offense and their defensive standing. Chris Ivory will assist Blake Bortles in balancing out a passing offense that ranked No. 10 in 2015.

Meanwhile, Jacksonville’s defense won’t be nearly as forgiving with the addition of Malik Jackson, return of Dante Fowler and rookies Jalen Ramsey and Myles Jack, provided they stay healthy.

Playing within a division that houses the Indianapolis Colts (who took a major stumble last year), the Texans with an inexperienced quarterback and the Titans, the Jags could rise to the top. Just ask former Jaguars running back Maurice Jones-Drew what he thinks.

“You have to get in the dance and I definitely think they have a chance to win the South,” Jones-Drew said when asked about his expectations for this season, via Sam Kouvaris of news4jax.com.”

If the Jaguars end up visiting the postseason, it will be their first appearance since losing the divisional playoffs against the New England Patriots in 2007.

Can the Carolina Panthers keep pace with last season?

The Panthers were practically unstoppable in 2015 when they steamrolled their competition and went 15-1, producing their best season on record.

But can it be done again? And do any of the other NFC South teams stand a fighting chance?

Heading into the 2016 season, the Panthers have the 12th most-difficult strength of schedule this fall. For starters, a win against the Denver Broncos in the NFL season opener is a must to begin on the right foot.

Intermixed between games versus their own divisional opponents, the Panthers have meetings with the Minnesota Vikings, Arizona Cardinals, Kansas City Chiefs, and Seattle Seahawks — all of who could cause Carolina to stumble. Then later in the season, the Panthers will face Josh Norman in a juicy Monday Night Football showdown against Washington.

This scribe predicts the Panthers will win the division with a 12-4 record.

Which team will control the NFC East?

It is anybody’s guess on a yearly basis as to whether the Washington Redskins, Philadelphia Eagles, New York Giants or Dallas Cowboys will prevail in the NFC East.

I can't wait to see 2016 predictions for the NFC East. Total crapshoot.

All it took was nine wins for Washington to dominate the division in 2015. A second-place Philadelphia Eagles, with a lopsided 7-9 record, came in second. Finally, the Giants barely cobbled together six victories, and an injured Cowboys squad registered just four.

Striving towards bettering their rosters, both the Giants and Eagles made improvements to bolster their defenses, which ranked within the bottom three last season. 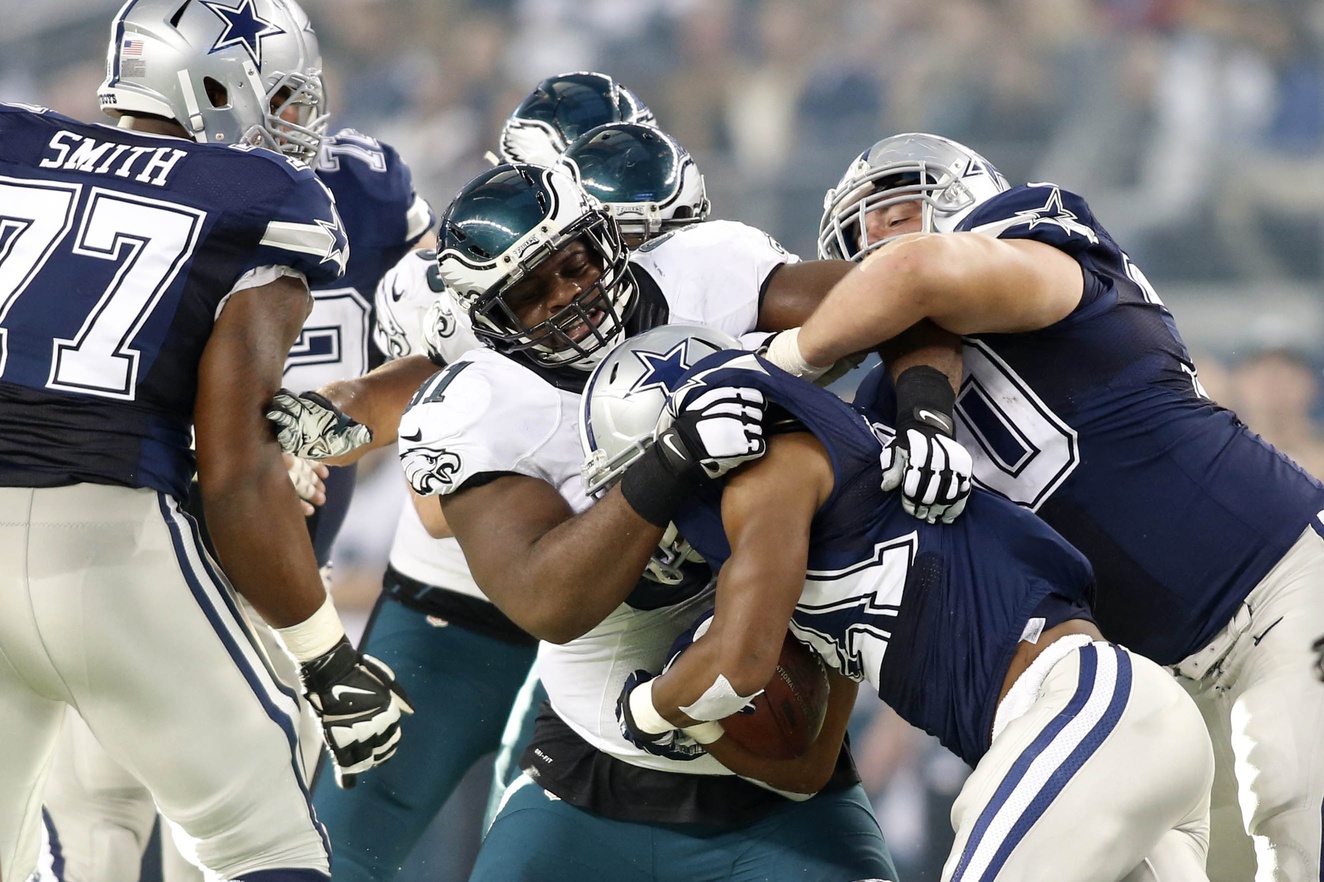 Sam Bradford and his receiving squad will hopefully be better in the quarterback’s second year in Philly. Plus the Giants’ offense should be sneaky-good this season with a thriving Odell Beckham Jr. and the promising talents of rookie Sterling Shepard.

This leaves the Cowboys. Tony Romo and Dez Bryant will return healthy, and that obviously equates to more touchdowns, which should mean more wins. Rookie Ezekiel Elliott also looks to factor into the equation to boost the offense.

According to the 2016 NFL strength of schedule, Washington has the 17th most-difficult schedule while the Giants tie for having the second-easiest.

Taking all of the above into consideration, some might agree that the Giants have a slight advantage. Though, nothing is ever a sure bet when it comes to this particular NFL division.

Will Robert Griffin III revive his career in Cleveland?

When Griffin first signed on with the Browns, it appeared he would be a favorite to start this fall after head coach Hue Jackson heaped on the praises.

Although, recent reports suggest that Griffin struggled big-time during the offseason program (more on that here).

Griffin has reportedly lacked that ‘wow’ factor to really distance himself as a clear front-runner for the starting position.

Based on this analysis, if Griffin cannot cut the mustard during training camp, Browns fans can expect to see Josh McCown under center. If that is the case and Griffin spends yet another season as a bench-warmer, his NFL career could potentially be doomed.

Griffin’s performance during training camp and through the preseason will be the telling factor as to what his future holds in store. Meanwhile, it is probably sadly safe to assume the Browns will finish at the bottom of the heap once again.