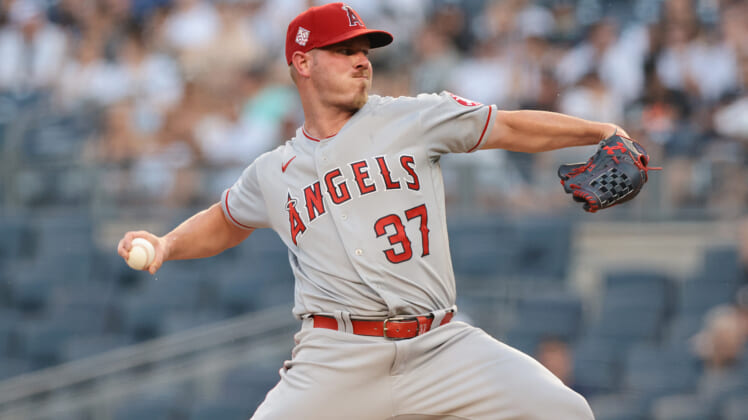 So, this is not something we see every day. We’re also pretty cool with that. Los Angeles Angels starting pitcher Dylan Bundy left in the second inning of his start against the New York Yankees in the Big Apple on Monday evening after vomiting on the mound.

We’re not even coming close to making this up. Dylan Bundy blew chunks in front of fans at Yankee Stadium and those watching on their boob tubes. It was not a sight to behold. For the weary or those eating dinner, turn away.

Could it be that Dylan Bundy was sick after giving up four hits and two runs in just 1.2 innings? Perhaps, the veteran pitcher had himself some bad sushi at the team hotel ahead of the game.

Both the Yankees and Angels have been struggling a lot recently. It could also make sense that Dylan Bundy was simply showing sympathy for the fans that had to watch this game.

Whatever the reasoning, Bundy had to leave the game after trainers took to the bump to check him out. We’re just glad none of those trainers slipped on whatever exited Bundy’s mouth at a higher velocity than the homer Yankees infielder Gio Urshela hit off him earlier in the inning.

In all seriousness, we hope that Bundy is just fine.