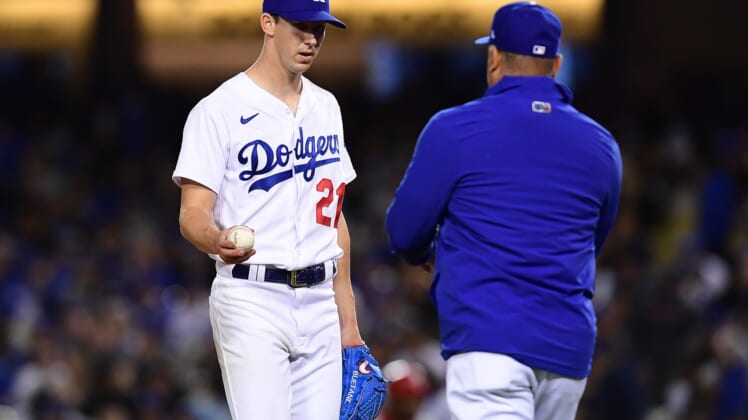 Freddie Freeman had two hits and scored a pair of runs, including the go-ahead score in the eighth inning, to help the Los Angeles Dodgers to a 9-3 victory over the visiting Cincinnati Reds on Thursday.

Playing in his first regular-season game at Dodger Stadium since signing a free-agent deal with the club in the offseason, Freeman doubled to left-center to lead off the eighth inning. He scored on a single to right by Trea Turner off Reds right-hander Tony Santillan to snap a 3-3 tie.

Aristides Aquino and Brandon Drury hit home runs for the Reds and Jonathan India had two hits before leaving in the fifth inning with a right hamstring injury. Cincinnati lost for the fifth time in six games since defeating the World Series champion Atlanta Braves on Opening Day.

After hitting four home runs in their final 10 official at-bats Wednesday, in a victory over the Minnesota Twins, the Dodgers took that momentum into the opening inning Thursday.

With one out in the first inning, Freeman hit the first of five consecutive singles as the Dodgers took a 3-0 lead. Trea Turner, Justin Turner, Max Muncy and Smith all singled in succession — with the final three driving in runs.

Dodgers right-hander Walker Buehler was cruising into the sixth inning and had two outs when Aquino hit a two-run home run. Buehler was removed, giving up two runs on five hits with three walks and four strikeouts.

Drury, who replaced India in the fifth, got the Reds even at 3-3 with a home run in the seventh inning off David Price.

Blake Treinen (1-1) pitched a scoreless eighth inning to pick up the victory.

Justin Wilson (0-1), who gave up the eighth-inning double to Freeman, was tagged with the loss. Luis Cessa started for Cincinnati and went one inning as the opener, with Reiver San Martin following with five scoreless innings.