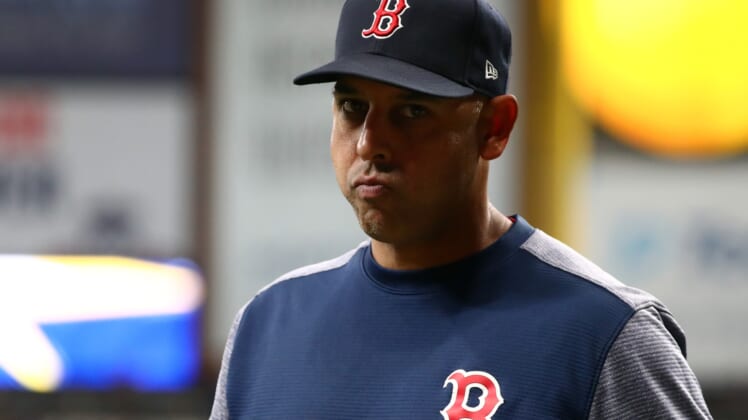 With all eyes on the Houston Astros and their very intricate process of cheating, the attention has been turned to former Red Sox manager Alex Cora’s role in helping the Red Sox win the 2018 World Series.

The big picture: As Alex Cora was a member of both the Houston Astros and the Boston Red Sox when they won the World Series, it’s not outside the realm of possibility that Cora brought a similar scheme with him to Boston in 2018.

Are the Red Sox dirty? In 2017 when John Farrell managed the Red Sox, they were:

However in 2018 with Cora at the helm, those numbers skyrocketed as the Red Sox were first in:

The Red Sox also hit 40 more home runs in 2018, good to propel them to the ninth-most home runs hit in MLB. Is it a coincidence that the Red Sox saw a marked improvement with Cora managing them? Absolutely. That said, nothing can be said for certain, especially after everything Cora is involved with.

All Betts are Off: After winning the World Series and the AL MVP in 2018, Mookie Betts regressed in 2019, at least with regards to his production the year prior.

Although it’s perfectly feasible for Betts’ offensive explosion in 2018 to have been a natural progression in his development, it’s also feasible that Cora’s arrival helped, especially considering the latter’s part in helping the Houston Astros conceive their cheating system.

Houston, we have a problem: Currently, the Houston Astros find themselves embroiled in perhaps one of the worst scandals that have happened to MLB in some time. This scandal is akin to the Black Sox scandal and, arguably, is more damaging to the sport than the Steroid Era.

As of now, MLB Commissioner Rob Manfred has yet to lay down punishment to the players though former manager A.J. Hinch and former general manager Jeff Luhnow have already been fired. It remains to be seen what happens next for the Astros.

The Bottom Line: As more and more information about the Houston Astros cheating scandal comes to light, more eyes will start to turn to the Boston Red Sox and whatever potential misdeeds they may have committed during their 2018 run to the World Series.

It wouldn’t be surprising if information comes out that Cora has done more of the same during his tenure as the manager of the Red Sox. Only time will tell what happens moving forward to Cora’s as well as the Red Sox’s future in MLB.