Dez Bryant reportedly not in play for Browns 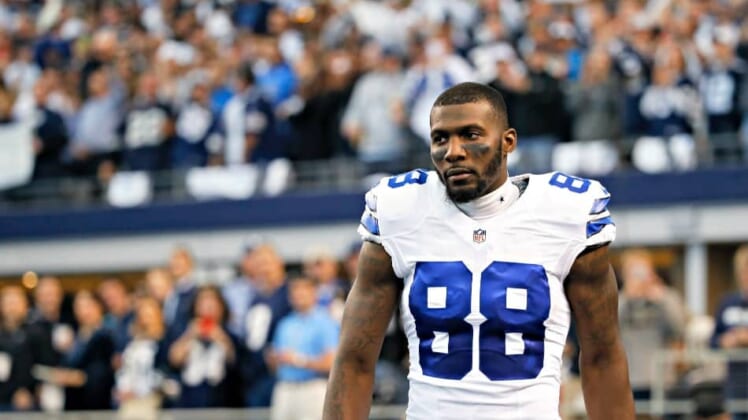 As the Cleveland Browns deal with some issues at the wide receiver position, Dez Bryant has been mentioned plenty as a potential solution.

According to Peter King of NBC Sports, however, Bryant is not in play. Responding to a fan’s question about where the Browns would look for receiver help, King wrote, “Not Dez Bryant, from what I hear.”

This does make sense. The Browns have stated that Bryant is a player they’ve discussed bringing in, but honestly he does not fit the mold of what the team needs at receiver right now.

Bryant’s athleticism and ability to separate from defenders have diminished in recent years, and even playing a full season in 2017 it was clear he’s simply not a dynamic playmaker any more.

Cleveland already has the best possession receiver in the game today in Jarvis Landry, and what they really need is someone else who can consistently stretch the field vertically.

Antonio Callaway is one player who can do that. Unfortunately, he’s dealing with an off-field issue that could potentially set him back, depending on how things play out. Josh Gordon is still away from the team as well, but he’s expected to return at some point, and if he can keep himself on the field he’s one of the best in the business.