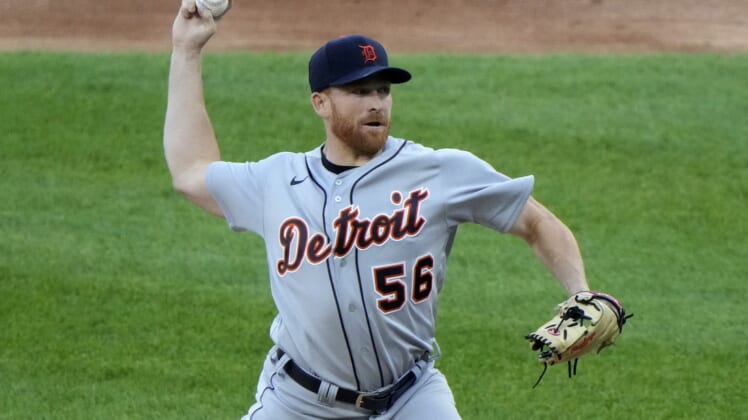 Detroit Tigers right-hander Spencer Turnbull was transferred to the 60-day injured list on Wednesday after experiencing a setback in his throwing program.

Turnbull has been sidelined with a forearm strain following his last start on June 4.

“In his throwing program, he’s taking a step backwards. He’s still feeling symptoms, they’ve re-emerged,” Tigers manager A.J. Hinch said. “So we’ve got to go back through the battery of tests. … But it looks like he will have to be shut down for a little bit in his throwing program given the symptoms he’s feeling.”

Cameron, 24, was injured after he ran into the wall while chasing flyballs prior to the start of the series opener against the Texas Rangers. The move was made retroactive to Monday.

He is batting .207 with three homers and nine RBIs in 18 games this season.