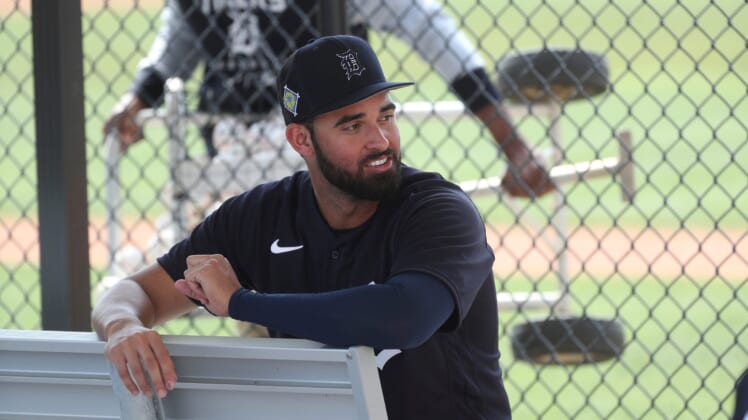 The struggling Detroit Tigers will promote their top prospect, outfielder Riley Greene, for their weekend series against the Texas Rangers.

On Friday, The Detroit News was the first to report that Greene — the top-ranked player in the Tigers farm system — has gotten the call to join the team tonight and will make his major league debut on Saturday.

The 21-year-old was expected to be on the Detroit roster for opening day. However, during an April spring training game, he fractured a bone in his foot after fouling a pitch off of it. The injury sidelined him for close to two months before he made his 2022 debut for the Triple-A Toledo Mud Hens at the end of May.

Detroit Tigers prospect Riley Greene is one of the best MLB

While he has proven to be a lefty bat with notable potential, he has also proven to be a talented outfielder that has spent time in Triple-A at all three outfield positions.

“Primarily a center fielder at Double-A, Greene played all three outfield spots with Toledo. His instincts help make up for average speed, and he has the arm to work anywhere on the grass. The Tigers have sought new challenges for Greene since signing him, only for him to clear every bar. Whether it’s in center or a corner, he’ll be an impact bat alongside Torkelson in the heart of a Detroit lineup [via MLB Pipeline].” 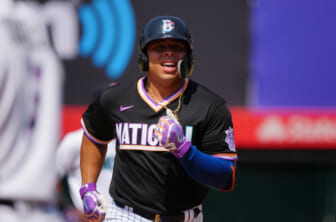 The 6-foot-3 Florida native is currently the third-best prospect in baseball on MLB Pipelines top-100.