Detroit Tigers call team meeting after 4th straight loss: ‘No one likes getting their a** handed to them every night’ 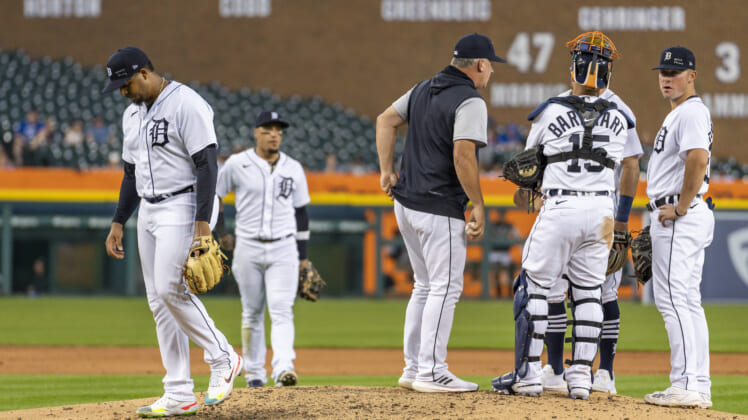 The Detroit Tigers players are mad as hell about being slapped around by the league, and they don’t want to take it anymore.

On Wednesday night, the Tigers had their doors blown off in a 13-0 home loss to division rivals the Chicago White Sox. The defeat was the capper on a three-game sweep by the visiting team, a fourth straight setback, and the fifth loss in their last six. Suffice to say, Wednesday was just the latest installment in what looks to be a sixth straight losing season for the boys from Detroit.

However, instead of just coming to terms with the fact that the 2022 Tigers may just be built to be a bottom feeder in the American League Central, the roster decided to circle the wagons and try to turn their 24-38 season around.

Following their latest loss, the Detroit Tigers roster called a players-only meeting to, as catcher Eric Haase explained, get back in a “groove” and stem the tide of getting their “a** handed to them” nightly.

With all the negativity on the field, Haase said the team’s conversation was to clear the air on their fourth-place play and try to move forward with positivity.

“It’s obviously frustrating,” Haase said. “The way we’ve been playing, nobody likes it. It’s very old. We want to change this. But getting into the weeds with the negative stuff isn’t going to be a good path going forward. So hopefully we aired it out and we’ll be ready to go tomorrow.”

Tiger manager AJ Hinch also took the blame for the team’s showing so far this season. Explaining after their sweep to the White Sox that their performance in 2022 is “unacceptable” and “everybody.” from the players to the front office. deserve heat for their current record. 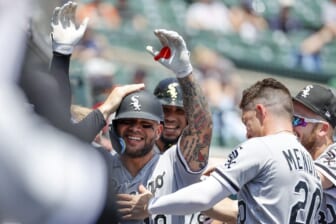 “We are accountable to the performance,” Hinch said Wednesday. “This is unacceptable. We are better than this. We haven’t lived up to the standards we expect. What the solution is, that’s something we talk about all the time. As long as the messaging is consistent with what we feel is right. That’s where we are right now. We’re all accountable, the players, coaches, manager, front office, everybody. Because it’s been below par.”

The Tigers currently have the lowest home run and runs-batted numbers in the league and are in the bottom three for batting average. On Thursday night, the Tigers begin a four-game series at home against the Texas Rangers.