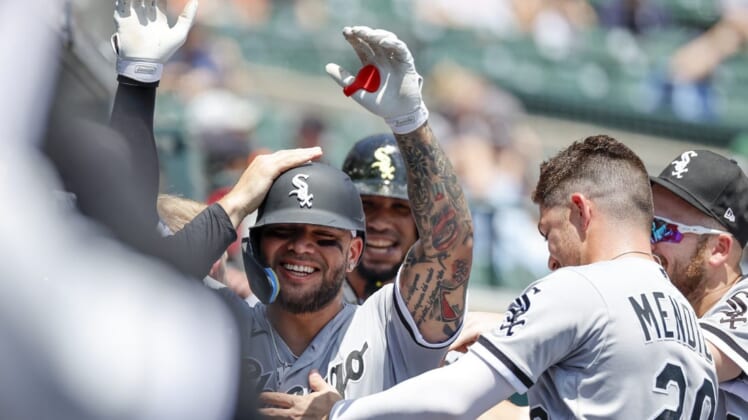 Yoan Moncada had five hits, including a three-run homer, and drove in five runs and the visiting Chicago White Sox completed a three-game sweep of the Detroit Tigers with a 13-0 thumping on Wednesday afternoon.

The White Sox had 22 hits on the afternoon.

Chicago starter Vince Velasquez struck out three in 2 2/3 innings. He was activated from the injured list this week after recovering from a groin injury. Davis Martin (1-2) pitched 5 1/3 innings in relief of Velasquez and collected the victory.

Position players Harold Castro, Koby Clemens and Tucker Barnhart pitched the final three innings. The Tigers, who have been shut out four times this month, have lost four straight.

The White Sox were up 3-0 before the Tigers came to bat. Leadoff hitter AJ Pollock was hit by a pitch and Abreu drew a two-out walk. Moncada then yanked a 2-1 pitch to right-center for a home run.

Andrew Vaughn led off the third with a double, sparking a two-run inning. Luis Robert and Abreu hit back-to-back singles, with the latter bringing in Vaughn. Robert scored on Josh Harrison’s two-out single.

Danny Mendick led off the fourth with his third homer of the season. Pollock and Vaughn then hit back-to-back singles and Abreu drove in Pollock with a single for a 7-0 lead.

Zavala’s second homer of the season, which came on an 0-2 pitch from Alex Lange, made it 9-0 in the fifth.

Moncada had an RBI single off Clemens in the eighth and another off Barnhart in the ninth.