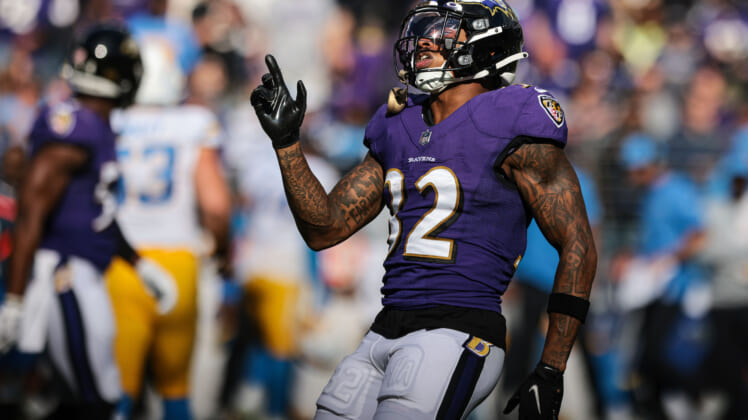 In a surprise move on Thursday, the New York Giants released veteran safety Logan Ryan. This means they need a new starting safety, which could lead to signing DeShon Elliott in free agency.

The 31-year-old Ryan spent the last two seasons with Big Blue where he played in 31 games and recorded a team-high 209 tackles (144 solo) and added 17 passes defended, recorded two sacks, forced five fumbles, recovered two fumbles, and had one interception.

Prior to his time with the Giants, Ryan spent his first four seasons with the New England Patriots where he played cornerback and helped them win Super Bowls XLIX and LI. Then he spent the following three seasons with the Tennessee Titans.

Ryan made his presence known on the field as well as in the locker room which is why he was voted one of the Giants captains last season.

According to Over the Cap, Ryan’s full $9.25 million base salary was due to become guaranteed by March 19th. However, New York will only save $775,000 in cap space and will incur $11.45 million in dead cap space.

This is why many were surprised by his release. But some feel, that Ryan would not fit new defensive coordinator Don “Wink” Martindale’s defensive scheme.

Related: Breaking down the 3 paths ahead for James Bradberry and the New York Giants

With the release of Ryan and Jabrill Peppers currently a free agent, the Giants are thin at the safety position with only Xavier McKinney and Julian Love.

But the Giants may have their eyes on one of Martindale’s former players in free agent safety DeShon Elliott to replace Ryan.

Elliott was a sixth-round pick of the Baltimore Ravens in 2018 (190th overall) where Martindale was the defensive coordinator in all of Elliott’s four seasons in Baltimore.

Elliott who turns 25 in April has had an injury-plagued career as he’s appeared in just 28 games and started 22 of them. He started six games last season, but a biceps and pectoral injury put an end to his season.

The lone time he was able to play an entire season was in 2020 when he finished fourth on the team in tackles with 80 and had two and a half sacks.

Anytime a coordinator switches teams, they like to acquire players that are familiar with the system so that they can help other players become familiar with the scheme. That and the fact that he won’t demand a ton of money due to his injury history makes him an ideal fit for the Giants.

Whether the Giants sign Elliott, we’ll have to wait and see, but expect New York to draft at least one safety in next month’s draft.