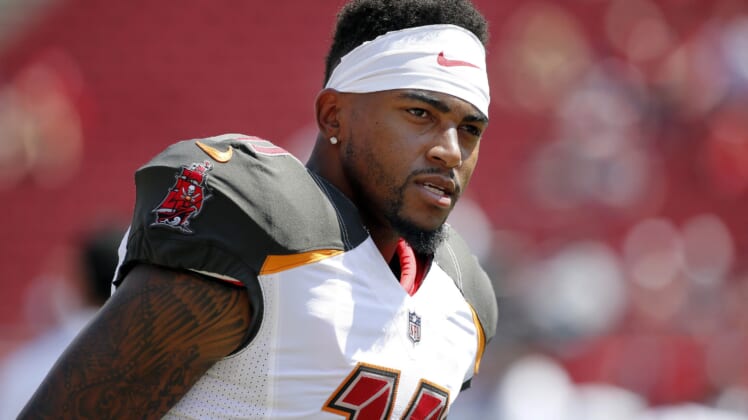 New coach Bruce Arians reportedly wants receiver DeSean Jackson back with the Tampa Bay Buccaneers. But according to Jackson, the two have yet to talk.

Jackson said to TMZ Sports that “I haven’t spoken to him,” regarding Arians.

Late in the 2018 season, it was reported that Jackson wanted out of Tampa. It’s unclear if Arians’ hiring will change that.

Jackson himself remained close to the vest when asked about it by TMZ Sports, saying “I don’t know. We’ll see.”

By contrast, Jackson caught 56 passes for 1,005 yards in 2016 — his final year with the Washington Redskins.

As things presently stand, Jackson is under contract with Tampa for the 2019 season. Though, he has an out in his contract which could change all of that.