Denver Broncos rumors: Major changes could be coming this offseason 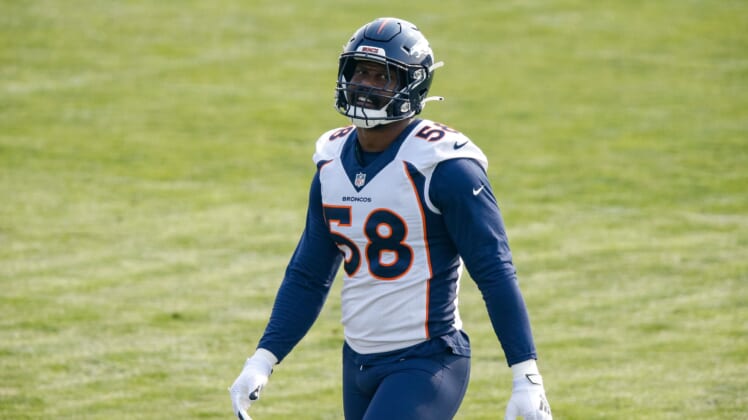 Despite some Denver Broncos rumors concluding that head coach Vic Fangio could be out of a job after just two seasons, that doesn’t appear to be the case.

As the team finishes up what will likely be another non-playoff season, that doesn’t mean there’s not going to be other dramatic changes coming to the Mile High City. However, most of them will be from a personnel standpoint rather than a coaching perspective. It’s in this that we being to look at Denver Broncos rumors for the coming offseason.

Denver Broncos rumors: Major changes could be coming this offseason

Denver is currently 5-8 on the season and boasts an outside shot of earning a playoff spot in the AFC heading into Week 15 against the Buffalo Bills. However, those chances are pretty darn minuscule right now. Should the Broncos finish up this regular season on a sour note, there’s suggestions the team might look to shake things up.

That could potentially start at quarterback. Second-year signal caller Drew Lock is coming off a career-best four-touchdown performance against the Carolina Panthers. Prior to that, he had thrown nine touchdowns against 13 picks thus far on the season. All said, Broncos quarterbacks have tallied 18 scores and 21 interceptions on the year.

It has certainly been a major issue for the Broncos under general manager John Elway since Peyton Manning retired following the 2015 season. With that said, there’s more pressing concerns for the team.

Related: Blockbuster NFL trades that could happen this offseason

Denver Broncos rumors have concluded for some time that former Super Bowl MVP Von Miller could be on his way out of town. The eight-time Pro Bowler and future Hall of Famer has missed the entire 2020 season with an ankle injury.

He’s set to count $22.2 million against the cap in 2021. Denver has an out on Miller’s current contract that would save the team roughly $17 million against said cap. Denver can also save another $35-plus million by releasing veteran defenders Kareem Jackson, Jurrell Casey and A.J. Bouye. As for starting running back Melvin Gordon, his guarantees for next season could go away pending a DUI case.

Depending on what the 2021 NFL salary cap is, these Broncos are already slated to have $25.5 million to spend with very little internal free agents to re-sign. The team might add another $52 million or so to that number, enabling it to upgrade a major areas of need.

One thing is clear here. Denver has a core group of skill-position players, including receivers Courtland Sutton and Jerry Jeudy as well as tight end Noah Fant. Those are nice building blocks on that side of the ball. Meanwhile, former No. 5 overall pick Bradley Chubb has returned to form after missing all but four games of his sophomore season to injury. If the Broncos can find a way to re-sign stud safety Justin Simmons, they’ll have two nice pieces on that side of the ball.

Despite this, there’s a growing sense of concern that Vic Fangio is not right for a head-coaching job after spending so many seasons as an assistant around the league. If the Broncos are not going to make a change in that regard, they surely have to upgrade this pedestrian roster.