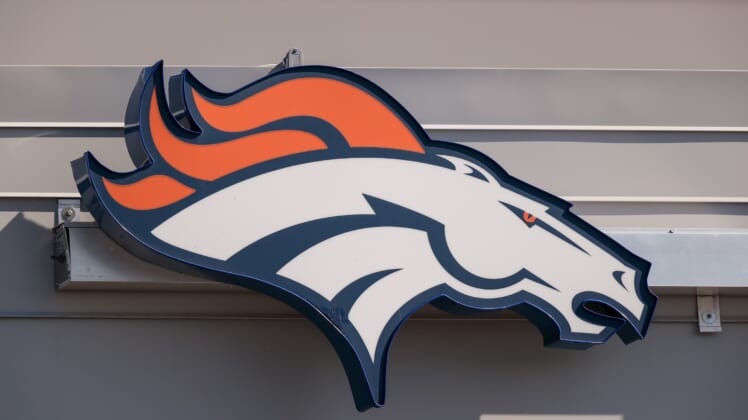 Denver Broncos draft picks: As the 2021 NFL Draft draws closer, the Denver Broncos enter a pivotal point for the future of their franchise. With Vic Fangio likely on his last life as head coach and quarterback Drew Lock entering a make-or-break year, so much of this team’s future could change in a matter of months.

Denver already made its first significant move of the offseason, with John Elway stepping down as general manager. In comes George Paton, one of the most coveted GM candidates in recent years, to oversee the retool of a roster that is quite a few pieces away from contention.

If this team wants to turn it around in 2021, saving Fangio’s job, overhaulig the defense will be criticail. However, the 2021 NFL Draft and the upcoming offseason could offer Denver some unique opportunities to get significantly better, potentially even upgrading at quarterback along the way.

With a new general manager in place, Denver’s approach to the 2021 NFL Draft could be different than if John Elway was still in charge. Paton may not be as high on Drew Lock as Elway was, opening the door for a quarterback to be taken. With plenty of needs on this roster, though, the Broncos draft picks could be used on a variety of positions.

The Broncos used to boast one of the NFL’s best defenses, but injuries and departures in free agency took a toll. One thing that became evident during the 2020 season, Fangio’s defense needs a No. 1 cornerback. Denver’s secondary needs someone with size and a willingness to get physical, which Caleb Farley and Patrick Surtain (CB, Alabama) are both willing to do. Farley offers the highest upside, a true shutdown cornerback who can easily match with star receivers in man coverage. With him in the secondary, A.J. Bouye can shift to a more fitting No. 2 role and Bryce Callahan can continue to thrive in the slot.

A new general manager means consideration for a different quarterback. Drew Lock wasn’t good in his short stint as a rookie and it got even uglier in his second season. According to Pro Football Focus, he finished with the lowest passer rating (26.2) among starting quarterbacks under pressure and the second-worst passer had a 45.2 rating. Lock also had the worst quarterback rating on play-action passes (64.1) and deep passes (40.3). He was bad in every possible way.

Lance is simply a more gifted quarterback. He’s a phenomenal athlete, even by the NFL’s increasingly absurd standards at the quarterback position. Not only that, his arm strength is outstanding and it frequently showed with impressive velocity in cold weather. While there’s a ton of work for him to do with his mechanics and regarding his decision-making and ability to read coverages, the raw talent of a top-10 NFL quarterback exists.

The Denver Broncos could see Von Miller, Jurrell Casey and Shelby Harris all hit free agency this offseason. Needless to say, reinforcements must be found quickly. Paye is the top defensive lineman in the 2021 NFL Draft. Not only can he get after the quarterback, but he is also reliable against the run. An immediate three-down player, Fangio would get the best out of Paye.

Vic Fangio needs a linebacker he can count on in the middle of his defense. He simply hasn’t had that thus far with the Broncos and it’s clearly impacted how this overall unit has performed. It’s not as big of a need as cornerback, but that doesn’t mean ruling out using a top-50 pick on the position. Moses is brilliant with a willingness to lower his shoulder and deliver a hit that few can match. Knee injuries have taken away some of the elite athleticism he once had, but he’d still be a great addition in the middle of this defense.

There’s a chance Von Miller doesn’t return in 2021 and Bradley Chubb could be a free agent by 2022. Given the importance of edge rushers in this scheme, more talent at this position is necessary. At Georgia, Ojulari learned how to use his hands to push around offensive tackles and get them off-balance. With nice athleticism and the ability to bend around the edge, Ojulari could be a fantastic third edge rusher for Denver in 2021. Plus, if Miller returns, there are few better teachers for a pass rusher.

If the Broncos take an edge rusher or quarterback with their first-round pick, corner can be addressed in Round 2. There is more than enough talent in the 2021 NFL Draft for Denver to snag a starting-caliber boundary option with a top-50 pick and Stokes could be an option. He’s got the size at 6-foot-1 and demonstrated nice ball skills at Georgia with four interceptions and four pass deflections this past season. While he wouldn’t be a No. 1 cornerback right away, he would represent an upgrade for Denver’s secondary.

Whether it’s Drew Lock or another quarterback under center for the Denver Broncos moving forward, the offensive line can improve. Garett Bolles is outstanding at left tackle, but the right side is a bit of a concern. Ja’Wuan James, who opted out of the 2020 season, should return in 2021. However, he proved to be inconsistent when he last played and Denver could be a year away from cutting him for salary cap relief. Dillon Radunz didn’t get to improve his draft stock due to the COVID-19 pandemic, but he offers a ton of intrigue as a developmental offensive tackle. He is already strong as a run blocker and shows the physical tools to improve in pass protection. With a year of NFL coaching, he could start in 2022 and solidify the right tackle spot for years to come.

As we mentioned above, it’s unlikely Denver addresses its need for a linebacker early in the 2021 NFL Draft. That’s perfectly fine, thanks to the options that will likely be available on Day 2. The Draft Network’s Kyle Crabbs has compared Cameron McGrone to C.J. Mosley, thanks to his ability to both blitz and fill running lanes. Some work needs to be done, given McGrone’s youth, but he offers the talent to be an excellent linebacker in the middle of a defense for the majority of his career. Landing a quality starter at an important position in the third round would be an incredible value for the Broncos and Fangio’s defense.

It would be wise for the Broncos to address cornerback earlier rather than later. With that said, some intriguing options will still exist in the third round. Mukuamu offers incredible size as a 6-foot-3 cornerback and he uses it perfectly to play a physical style of football. Not only that, he’s one of the rare corners out of college who is comfortable making stops against the rushing attack. While he needs to improve in the finer aspects of the game to help him take the next step in coverage, he could be a quality addition for Denver’s secondary in 2021.

One of the best parts of the offseason is putting together mock drafts and simulating through different scenarios. With the help of The Draft Network’s 2021 NFL Draft simulator,we did that with the Broncos draft picks.

If the Denver Broncos aren’t going to take a quarterback, trading down may be the best move in the 2021 NFL Draft. In this instance, Paton sends the No. 9 overall pick to the Washington Football Team to acquire more draft capital this year and in the future. After sliding down to the 19th pick, he still lands the No. 1 cornerback for Fangio’s defense. While Jaycee Horn isn’t on Farley’s level, he brings the physicality, size and mentality that Fangio will love. Horn can start on the outside immediately in his rookie season and while there be some bumps along the way, it won’t be long before he becomes really dependable in coverage.

In the second round, the Broncos take advantage of falling talent. Ojulari should be a first-round pick this year, but teams reaching for quarterbacks and offensive tackles could push him down the draft board. That’s something Denver would be happy to benefit from. Ojulari can operate as a situational player in this defense next season, mentored by an excellent coaching staff and two great edge rushers. Whenever the Broncos decide to move on from Von Miller, Ojulari can step into that role coming off the edge. Pair him with Bradley Chubb for the next few years and this defense shouldn’t have any problems creating pressure.

With the second-round pick acquired from Washington, the Broncos flip it for Sam Darnold. It’s a cheaper move than giving up a first-round pick for Matthew Stafford, allowing Denver to address its needs to make a more well-rounded team. Darnold hasn’t lived up to the hype as the former No. 3 overall pick, but New York’s situation was dreadful. With the Broncos, he’d benefit from playing behind a better offensive line with a cast of offensive weapons featuring Jerry Jeudy, Courtland Sutton, K.J. Hamler and Noah Fant. Denver would certainly allow Lock to compete for the starting job in training camp, but this is a battle that Darnold likely wins. With improvement at quarterback, this team could make huge strides next season.