With the Hall of Fame fresh off enshrining two years of classes last weekend, the attention can turn to the candidates for the Class of 2022. 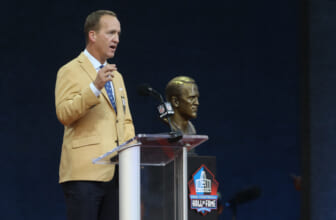 Hester played 11 seasons, spending time with Chicago, Atlanta, Baltimore and Seattle. He remains the only player to return the opening kick of the Super Bowl for a touchdown and holds the NFL record for most all-time combined punt and kickoff returns for touchdowns.

Boselli played in 91 games over seven seasons for the Jaguars. He was selected by Houston with the first pick in the 2002 expansion draft but retired due to a shoulder injury before ever playing a down for the Texans.