Could the Dana White and De La Hoya feud be over? Oscar says he wants to ‘patch things up’ with UFC boss 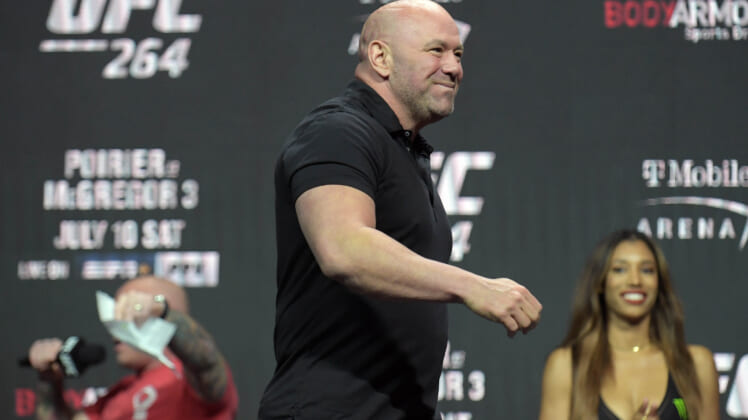 Could the long-running feud between UFC President Dana White and Golden Boy CEO Oscar De La Hoya be coming to an end? It seems the boxing legend wants to bury the hatchet.

Life must be really good for boxing great Oscar De La Hoya. For the last few years, it seemed like he was feuding with many of his counterparts in boxing and MMA. His ongoing issues with Dana White have been fodder for many MMA headlines in that time as well. with the UFC boss often questioning the boxing promoter’s abilities and mocking a failed MMA event a few years back. While the 49-year-old has complained for years about how the White and UFC pay its talent.

Oscar De La Hoya on Dana White: ‘I criticized the UFC and I was wrong’

However, it seems that the “Golden Boy” is in a positive place with his girlfriend Holly Sonders and is just brimming with positivity. Last week, during an interview he lauded the abilities of YouTuber turned fighter Jake Paul, and how the 25-year-old has championship potential after just five professional boxing bouts. This week it looks like he now wants to be friends with his biggest rivals in White, and one-time opponent turned promotion competitor Floyd Mayweather, Jr.

During an impromptu interview with TMZ Sports on the streets of Los Angeles, De La Hoya and Sonders were asked about their relationship and future. The discussion led to their plans to move to a new home in Las Vegas. Which took the conversation toward Vegas resident White and possibly living near him. An idea Sonders responded to by saying, “He has some plans for Dana. Good plans.” 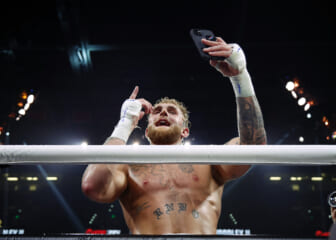 When asked for details about plans for the man he has seemingly hated for years, Oscar De La Hoya opened up and admitted wrongdoing in the pair’s feud. And not only did he want to make amends with Dana White and Floyd Mayweather, but he has big plans for life and his career upon his move to Las Vegas.

What those possible plans could be are unclear, but with De La Hoya having dabbled in cage fighting promotion, and White has suggested in the past being open to the idea of boxing promotion, maybe the “Golden Boy” is picturing a future of co-promoted events between the combat sports giants.