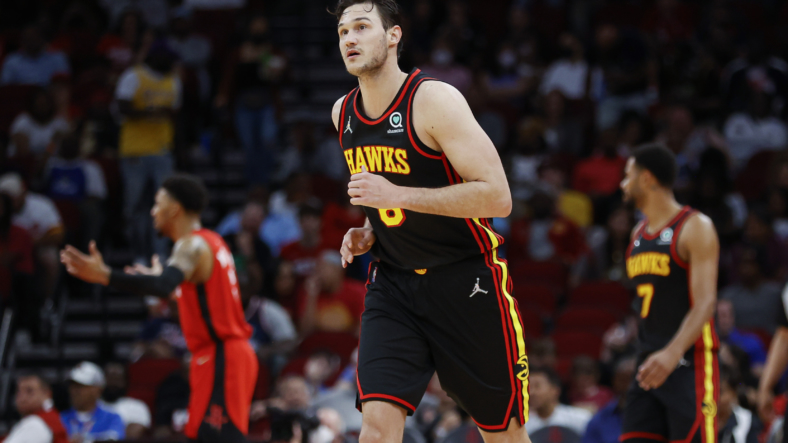 Update: The Italian National Team announced on Sunday that Gallinari has a torn meniscus. There’s currently no timetable for his return.

Gallinari was originally traded from the Atlanta Hawks to the San Antonio Spurs in the Dejounte Murray blockbuster before San Antonio opted to buy him out — leading to the Celtics pouncing.

As one of the more underrated wings in the game, Gallinari brings a ton to the table on offense. The expectation was that he’d be a top-scoring option off the bench. Now, we’re not too sure.

Gillinari, 34, took part in Italy’s World Cup qualifier against Georgia on Saturday. Unfortunately, he went down with a non-contact knee injury after dropping 17 points in 15 minutes of play. Initially, it seemed to be a serious and potential season-ending knee injury.

Pozzecco went on to say that the belief is Gallinari suffered torn “crucial” (ACL) ligaments to his left knee. The good news? The Athletic’s Shams Charania indicated a short while later that Gallinari’s ACL appears to be intact. There will be an MRI on the knee once Sunday comes calling.

Danilo Gallinari injury and impact on the Boston Celtics

We’ll obviously have to find out the results of Gallinari’s MRI before drawing a final conclusion. What we do know is that it appears to be a serious injury with less than two months to go before Boston’s regular-season opener against the Philadelphia 76ers.

If Gallinari’s absence is long-term, Boston will likely have to rely on the likes of Grant Williams and Derrick White to step up. Both played important roles in the Celtics’ run through the Eastern Conference Playoffs last season.

As you can see, the Italian has been among the most-consistent three-point shooters in the Association since he was made a top-six pick of the New York Knicks in the 2008 NBA Draft.

This past season saw Gallinari average a 14-year low 11.7 points while shooting 38% from distance. He had shot north of 40% from beyond the arc in each of his previous three seasons.

Danilo Gallinari is playing under a two-year, $13.28 million contract.