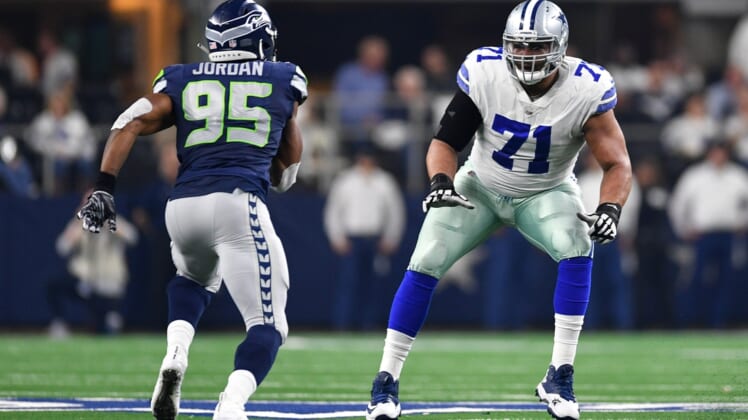 Dallas Cowboys offensive lineman La’el Collins is serving a five-game suspension in part for attempting to bribe one of the league’s testers, ESPN is reporting.

Collins, 28, was suspended on Sept. 10 without pay for violating the league’s substance abuse policy. At the time, NFL Network reported that Collins was suspended for missing drug tests.

According to ESPN’s report, the NFL Players Association actually negotiated Collins’ suspension down to two games, but Collins appealed the suspension and an arbitrator instead ruled to reinstate the five-game penalty.

The ban began with last Sunday’s game against the Los Angeles Chargers. The Cowboys will face the Philadelphia Eagles on Monday night while Collins misses his second game. 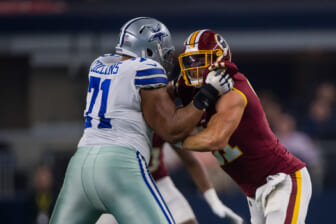 Collins again is appealing the suspension, claiming he had valid reasons for several of the missed tests, per ESPN.

He reportedly missed a November 2020 test when players had been sent home early to mourn the death of strength and conditioning coach Markus Paul.

A second missed test occurred while he was attending an uncle’s funeral, with permission from the team.

He reportedly missed another test last October on a day that he was scheduled to have hip surgery and was flagged for codeine after the fact, despite being prescribed the drug after the surgery.

Unless he wins the appeal, Collins won’t be allowed to return to the active roster until Oct. 18, the day after the Cowboys’ Week 6 game at New England. The Cowboys have a bye in Week 7, so he will not be eligible to play again until the Week 8 contest at Minnesota on Oct. 31.

Collins signed a five-year, $50 million contract extension in September 2019. Undrafted out of LSU in 2015, he has started 62 of his 63 games with the Cowboys. He missed all of last season with the hip injury.