The NFL announced on Sep. 10 that Collins was suspended five games for violating the league's substance abuse policy. Collins, who is appealing the ban, was flagged for missing multiple drug tests throughout his career.

But while Collins' appeal suggests he had valid reasons for the missed tests, ESPN's Adam Schefter reported Sunday that the length of the suspension is tied to an even bigger problem.

According to Schefter, Collins was suspended five games for both missing tests and offering a bribe to the league's drug-test collector.

Originally, the NFL agreed to a resolution with the NFL Players Association that would have reduced it to a two-game ban. But Collins' appeal put the case in front of an arbitrator, who rejected Collins' case and ruled that the actions merited the original five-game ban.

While the Cowboys' right tackle is now exploring further legal options to fight the punishment, the effort is unlikely to be successful. Instead, after already missing Week 2, Collins will likely need to serve the remainder of his suspension. 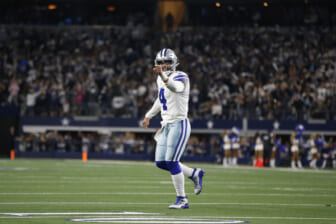 As ESPN notes, this isn't the first time an NFL player tried to get around drug testing. Denver Broncos edge rusher Von Miller was suspended six games after he attempted to corrupt the testing program with the assistance of a collector.

La'el Collins, who has started 62-of-63 games in his career, will be eligible to return to the active roster on Oct. 18. With the Cowboys on a bye a week later, he likely won't return to game action until Oct. 31 against the Minnesota Vikings.