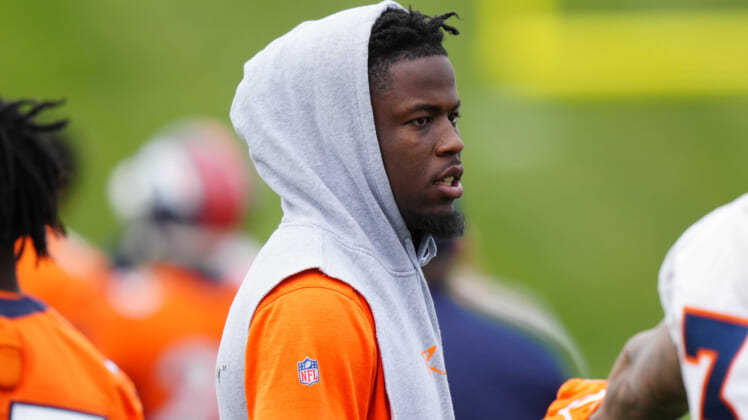 Denver Broncos wide receiver Jerry Jeudy is officially clear of any wrongdoing following a May 13 arrest on suspicion of domestic violence.

Earlier this month, Jeudy, 23, was arrested by Arapahoe County, Colorado police on charges of second-degree criminal tampering with a domestic violence enhancer. Such an offense is considered a misdemeanor in Colorado.

A local news outlet claimed the arrest occured following incident between the Broncos talent and the mother of his one-month old child. And that Jeudy reportedly admitted to taking a wallet and baby formula belonging to the woman after she took one of his phones.

The day after his arrest, Jeudy appeared in court. While he did not make an official pleae, he was released on a personal recognizance bond. Also, Judge Chantel Contiguglia dropped the no-contact portion a mandatory protection order after the arrest. Saying “there was not probable cause to believe that there was the threat or use of any physical force against the victim.”

Jerry Jeudy was due again in court on Tuesday, however, ESPN NFL insider Adam Schefter broke the news that the charges against the Denver Broncos pass catcher were in the process of being dismissed by the county district attorney ahead of his latest hearing.

“The DA in Arapahoe County has moved to dismiss all charges against Jerry Jeudy in advance of his scheduled hearing today. ‘After reviewing the evidence, I always believed that no crime had been committed and all charges would be dismissed,’ Jeudy’s attorney Harvey Steinberg told Schefter.

The Alabama alum was drafted 15th overall in the 2020 NFL Draft. In two seasons, he has started in a total of 19 games. His best season to date was his rookie campaign when he caught 52 passes for 856 yards and three touchdowns. A high ankle sprain limited him to 10 games and five starts in 2021.

Jeudy has two seasons left on his contract and is set to make just under $2 million in 2022. 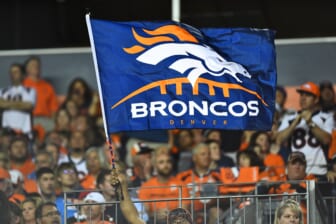