Could one of the biggest CFB games this season be canceled? 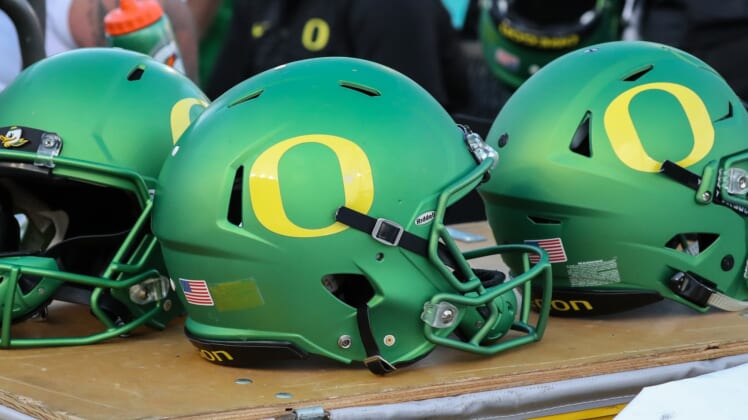 The expectation among athletic directors around the collegiate sports world is that the 2020 college football season will go on as planned.

But as we’ve seen since the COVID-19 pandemic started spreading across the country, differing policies between states could complicate things further.

That could now impact what many expect to be one of the biggest games on the college football schedule. The Ohio State Buckeyes are slated to head to Eugene to take on the Oregon Ducks at Autzen Stadium Sept. 12.

This is now in question. Oregon Governor Kate Brown announced on Thursday that sporting events with fans in attendance will not take place in her state through September.

“There is some difficult news to share. Large gatherings, including live sporting events with audiences, concerts, festivals, and conventions will not be able to return until we have a reliable treatment or prevention like a vaccine,” Brown said, via 247Sports.

The governor later noted that any large gathering through at least September will be modified or canceled at the direction of the Oregon Health Authority.

There’s a good chance this game could still be played without fans in attendance. Of course, that would impact Oregon’s bottom line in a game that is seen as the biggest in the history of their current venue.