Could New York Jets move on from Robert Saleh after one season? 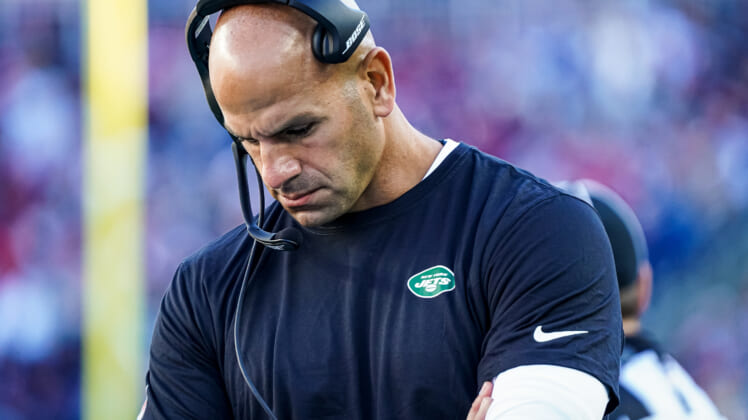 Things are not going well in Robert Saleh’s first year coaching the New York Jets. Sitting at 2-7, in last place of the AFC East is not how anyone hoped the “defensive wizard’s” head coaching tenure would begin.

At the very least, their new franchise cornerstone, the No. 2 overall pick in the 2021 NFL Draft would be showing signs of elite skills that got him selected so high.

Unfortunately, there have been few signs of success. Zach Wilson has struggled at nearly every turn, despite having a decent offensive line.

Wilson’s backups have arguably performed better in limited action, but not by much. Of course, it doesn’t help that the team averages just 3.6 yards per carry, the fourth-worst mark in the NFL.

The excuse here is the inefficiencies are all taking place with a rookie starting quarterback and a rookie running back. Basically, the Jets weren’t expected to have a powerful offense, at least not immediately.

At this point, the blame can’t be entirely placed on the offensive side of the ball. The defense has been far more alarming. 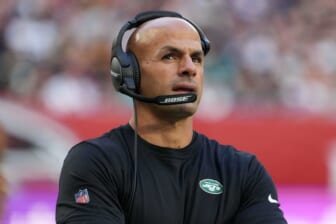 Robert Saleh has not turned the Jets defense around

While it may not be fair to pit a 22-year old quarterback’s growing pains on a head coach with a strict defensive background, it’s not like the Jets are playing better defense this season either. They were more efficient under the offensive-minded Adam Gase.

Therein lies the bigger, more alarming issue for the Jets. While no one mistook this roster for a playoff team heading into the 2021 football season, they should be showing some form of growth, in at least one aspect of their execution.

A week ago, they seemed prepared to allow Mike White to trade in a clipboard for the keys to the franchise, now they’re auditioning Joe Flacco for a starring role in their Broadway act. When will the drama end?

Could Robert Saleh be fired after one season?

In January, the Jets signed Robert Saleh to a five-year contract, he’s reportedly making $5 million this season. We don’t have the specifics of Saleh’s contract details, but it’s reasonable to deduce his contract at least stays the same or increases over the next four seasons. It’s also likely for there to be a team option somewhere along the line as well, allowing them to escape the deal early.

If the Jets continue to struggle, it wouldn’t be a shock for Saleh to be handed his walking papers, but it likely wouldn’t happen until the end of the season, at the earliest.