Conor McGregor claims he looked past Dustin Poirier at UFC 257 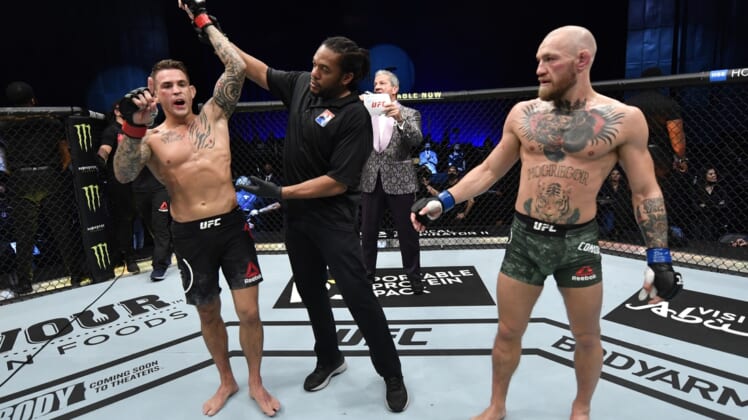 Plans for a rematch with Floyd Mayweather were Conor McGregor’s central focus when he was knocked out by Dustin Poirier at UFC 257 in Abu Dhabi.

McGregor said in an interview with ESPN he “pitied” Poirier in that January fight and wasn’t focused enough on the bout because he was counting potential earnings from a second fight with Mayweather.

“I pitied the man,” McGregor said. “I was looking past him. I had a Manny Pacquiao camp in place.”

Poirier was a massive underdog but won by TKO to set up their main event trilogy fight at UFC 264 on Saturday in Las Vegas. The winner gets a title shot against Charles Oliveira.

Oddsmakers are tilting toward Poirier this week, moving from an essential pick-em scenario to install McGregor as the underdog at +110. Poirier is the favorite at -130.

McGregor is fighting twice in a calendar year for the first time since 2016. 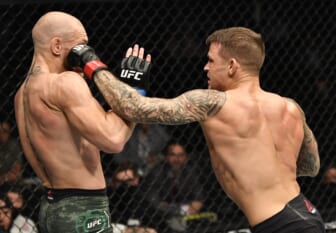 McGregor said he put his hard hat back on for the main event fight at T-Mobile Arena. He claimed to be going for points, not knockouts or finishes, in the last meeting.

“I’m coming in to kill this man,” McGregor said in the ESPN interview. “I’m coming in with vicious intent here. Mortar shots. What else can I say? That’s the way it is. … I’m looking to take this man out cold.”