The House Oversight and Reform Committee will reportedly have that conversation they have long sought with Washington Commanders owner Daniel Snyder.

Last week, it was reported that representatives for Snyder reached out to the Congressional Committee about a conversation for their inquiry into the “toxic” business practices of the franchise during his ownership. The committee recently subpoenaed the commander’s boss but was unable to formally serve him the paperwork in what they called an attempt to “evade” speaking under oath.

Looking to be proactive and likely change the heavily negative narrative surrounding him, Snyder’s representation informed Chairwoman Carolyn Maloney that their client was willing to speak to the Committee later in the month. There was a conflict in dates and the Washington team owner would only be available on July 28 and 29. Plus, there was also the caveat that he would be willing to have a conversation on the record if it was done by way of a video conference.

There was some doubt if a meeting would actually happen with Congress currently in session and set to be off for the month of August. However, it looks like the long-awaited chat is set to happen.

On Tuesday, WUSA9 anchor and sports director, Darren M. Haynes broke the news that “The House Oversight and Reform Committee has accepted Dan Snyder’s offer to testify on July 28.” 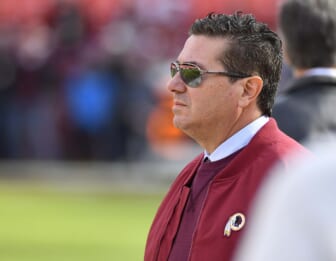 NFL Commissioner Roger Goodell stood in the pocket and took his lumps from the Committee at the end of June after being subpoenaed. A far more standup move than what Snyder has shown of late.

The Committee is investigating various allegations of sexual misconduct throughout the organization after an inquiry by the NFL, and eventual fines did not seem to resolve the problematic culture in the Commanders franchise.