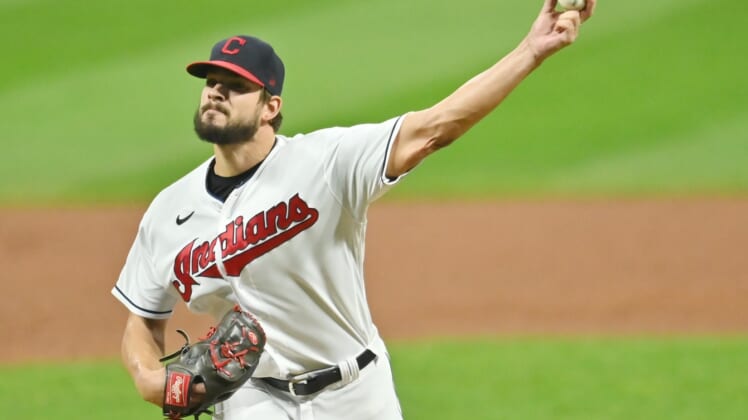 The Cleveland Indians have placed star closer Brad Hand on outright waivers, moving on from the All-Star reliever who led the American League in saves this season.

Hand, a three-time All-Star selection, was scheduled to be paid $10 million for the 2021 season via a team option. Instead, with MLB looking at an estimated $8.3 billion debt, Cleveland made its first move to trim payroll.

The move, first reported by The Athletic’s Zack Meisel, will send the star reliever through waivers with a $10 million team option for next season. It’s no guarantee that the 30-year-old southpaw makes it through waivers unclaimed, unlike with Roberto Osuna.

Hand has been exceptional in Cleveland’s bullpen. He recorded a 2.05 ERA and 0.77 WHIP this season with a stellar 29/4 K/BB ratio across 22 innings. Despite being limited in a shortened season, he converted all 16 of his save opportunities. Across his last three seasons with the Indians, he held a 2.78 ERA with 154 strikeouts and a 1.12 WHIP with 58 saves in 107 innings.

Payrolls across MLB are expected to dip this year, with owners looking to cut salaries to pair with the thousands of employees who have been fired across the sport.

Hand will have a chance to be claimed on waivers given his talent and reasonable salary. While the Indians could have shopped him this offseason, other teams likely recognized the organization would release him given their history of playing with a smaller payroll.

With Hand now headed out of Cleveland, 25-year-old reliever James Karinchak will likely step in as the closer. He dominated this season, recording a 2.67 ERA with an absurd 17.67 K/9 and 48.6% strikeout rate across 27 innings.