The gloves came off after the Browns beat the Panthers on Sunday with Cleveland ownership trolling Baker Mayfield. 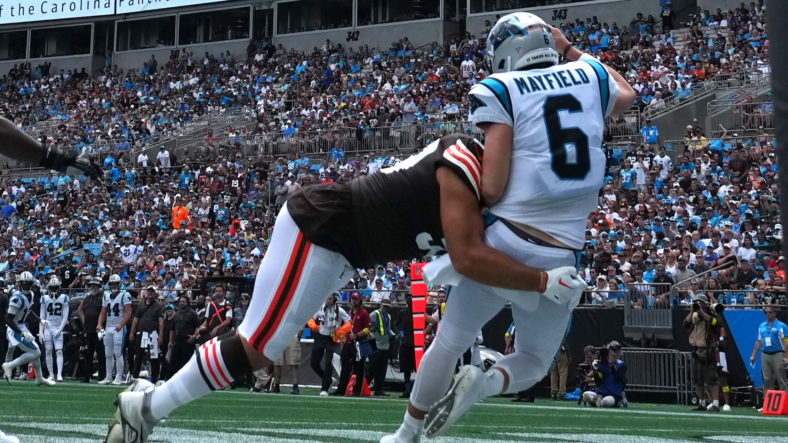 Carolina Panthers quarterback Baker Mayfield saw Week 1 as an opportunity to get revenge against his former team. After the Cleveland Browns defeated Mayfield and the Panthers on Sunday, a Browns executive seized his opportunity to take a shot at Mayfield.

Team executives, especially those with an ownership stake in an NFL franchise, rarely say anything about a player or rival that could bring negative attention. Outside of Dallas Cowboys’ Jerry Jones, one of the richest owners in the NFL, silence is preferred by those in the ownership ranks.

That’s not the case for executive James Wood Johnson III. Serving as Cleveland’s executive vice president and a partner of the Haslam Sports Group, JW Johnson decided to become a central figure in the discussion following Sunday’s win.

Shortly after Cleveland defeated Carolina in a 26-24 final, Johnson used Mayfield’s recent marketing campaign to take a shot at the quarterback the Browns drafted with the No. 1 pick in 2018.

Yes, the inclusion of “off the leash” would be a subtle to not-so-subtle reference to one of Baker’s limited edition t-shirts from Glory Days Apparel.

Judging from the reactions, Browns fans don’t seem all too pleased with a member of the ownership group taking a route that’s usually best left to the players on the field.

However, considering the tumultuous relationship between Mayfield and ownership that predictably soured within a calendar year, the comment was light-hearted and pretty harmless.

Mayfield also knows that the actions and comments he makes draw responses. It comes with the territory and he has a history of embracing it. This is a player who has always shown a competitive spirit and that type of personality should be accepting when someone else is willing to jump in the mud and play along. Especially for a guy who, allegedly, said he was going to “f*** them up” in reference to the Week 1 showdown. Now whether he said it or not — and of course he denied it — mattered very little once it was out there.

More shots were destined to be fired, it was just a matter of who came out on the winning side. With that said, Johnson should follow the advice the Browns’ coaching staff gives to its players. Go back and review your performance, because there are corrections that it doesn’t take hours of film study to address.

We were looking for “locker room,” sir. Furthermore, “#CFB” is usually reserved for college football. But to be fair, this is still the Cleveland Browns we’re talking about here. Baby steps are in order at any and all times.

The now 1-0 Browns, winners of their season opener for the first time in 17 listless years, have the great fortune of playing host to the New York Jets in Week 2. Get your popcorn and laugh track ready. 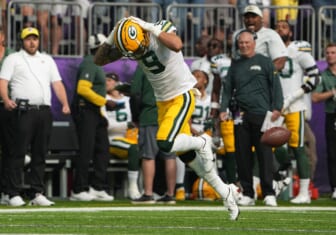