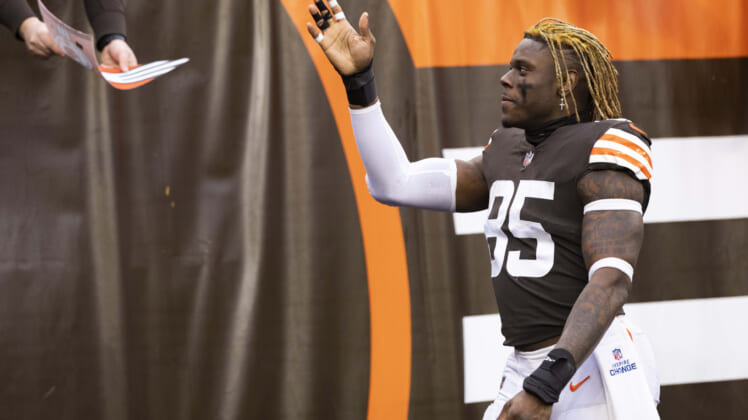 The Cleveland Browns and veteran tight end David Njoku have come to terms on a new four-year contract extension that will make him one of the top five highest-paid tight ends in the NFL.

On Friday, NFL Network insider Ian Rapoport reported that the Browns, and the player they took with the 29th pick in the 2017 NFL Draft, have agreed on a deal to keep the five-year veteran in Cleveland for several more seasons to come.

“The Browns and franchise-tagged TE David Njoku have reached an agreement in principle on a large new 4-year, $56.75M contract extension, sources tell me and TomPelissero. He gets $28M guaranteed at signing on the deal that averages $14.1875M per year, the fifth highest-paid TE,” Rapoport tweeted.”

In March, the Browns slapped a franchise tag on the Miami alum in the hopes of eventually coming to terms on a new long-term contract. As a franchised player, David Njoku would have made just under $11 million in 2022. Now he will receive a significant raise this season and $28 million guaranteed for signing his new deal.

Njoku has dealt with injuries during his tenure with the Browns. In 2019, he played in just four games after a wrist injury and concussion kept him out for much of the season. In 2020, he played in 13 games but only started in five. In 2021, he started in 11 of 16 games and had his second-highest yards total with 475. He also tied his career-best number in touchdowns at four and pulled in his second-best receptions amount at 36. 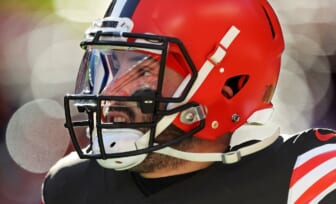 Njoku’s second season in 2018 still remains his best to date. That year he caught 56 passes for 639 yards and four touchdowns.

With multi-time Pro Bowler Deshaun Watson as the new Browns starting quarterback — an undeniable upgrade over previous starter Baker Mayfield — Njoku is set to have a career year in 2022.