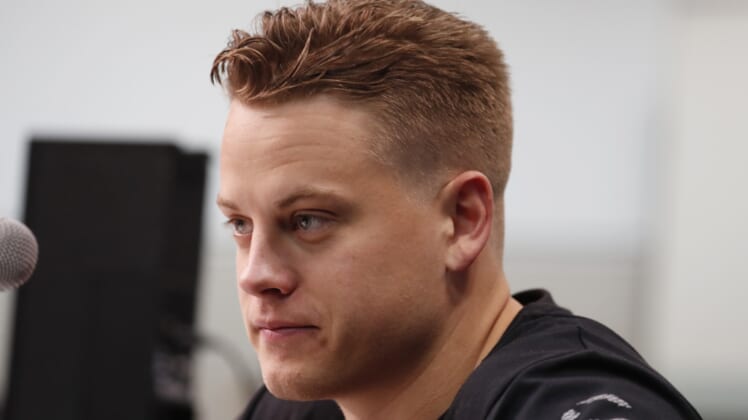 If the 2020 NFL regular season does indeed start on Sept. 10, the Cincinnati Bengals will more than likely have rookie No. 1 overall pick Joe Burrow under center out of the gate.

With training camps having started around the league, it was a necessity for Cincinnati to get this reported deal finalized.

Burrow did not have the ability to take part in off-season activities at the Bengals’ facility due to the ongoing COVID-19 pandemic. That has him and other rookies behind the proverbial eight-ball.

Joe Burrow will be Week 1 starter

Cincinnati’s decision to release Andy Dalton cleared the way for the reigning Heisman winner to start out of the gate. The Bengals added veteran Brandon Allen earlier this week. But he’s no threat to Burrow’s job.

As our report earlier this week indicated, the LSU product received a near $24 million signing bonus that will be paid out within the next two weeks. That’s obviously a record on a rookie deal.

All said, Burrow’s contract is for four years at $36.1 million, all guaranteed.