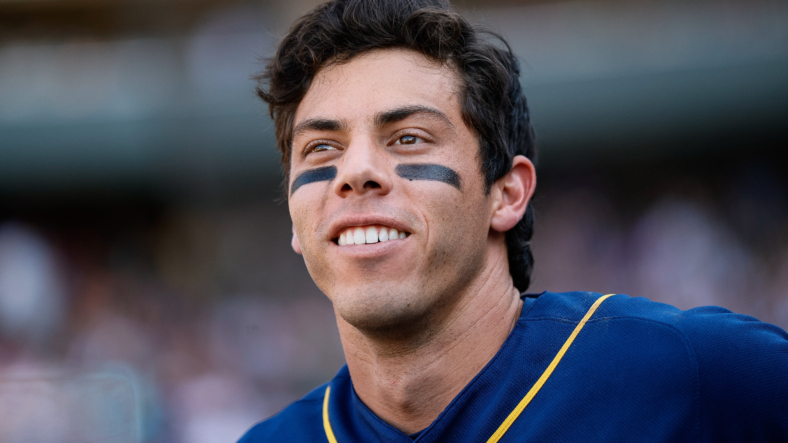 It’s been a few seasons since Milwaukee Brewers outfielder Christian Yelich has played at an All-Star level. He entered Tuesday’s action against the Colorado Rockies at Coors Field hitting a mere .258 with 11 homers, 45 RBI and a .743 OPS.

That didn’t stop Yelich from turning back the clock and flashing the power that defined his career years back. In the top of the first of said game, Yelich blasted a 499-foot shot over the right center-field fence. The ball left his bat at 109.9 miles-per-hour and was an absolute rocket shot.

Talk about taking your frustration out on the ball. Poor thing did nothing to Yelich. What a way to go.

As for the hit itself, it represents the longest home run of the 2022 MLB season. Jesus Sanchez of the Miami Marlins held the previous mark at 496 feet with Colorado Rockies infielder Ryan McMahon second (495 feet).

Christian Yelich as a potential difference-maker for the Milwaukee Brewers

Yelich, 30, has performed at a much higher level recently. He entered Tuesday’s game hitting .321 with an .843 OPS while hitting two homers and driving in eight runs ovre the previous 14 outings.

Milwaukee will need Yelich to keep up this pace if it wants to have a chance to earn a spot in the National League Playoffs when all is said and done. Unfortunately, he won’t be playing all of his games at Mile High in Colorado.