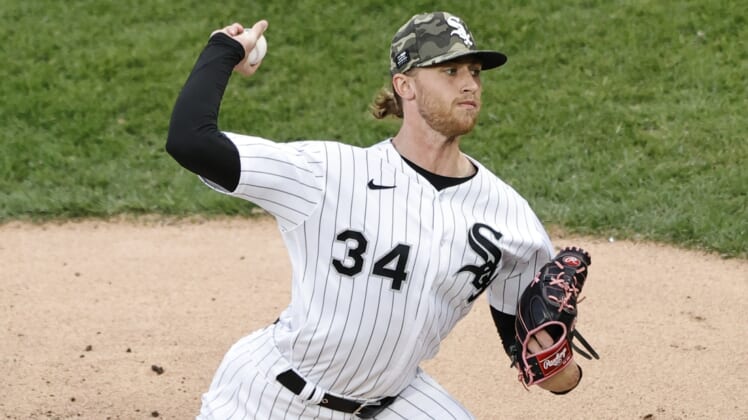 Lambert will serve as the 27th player for Monday’s doubleheader against the host Cleveland Indians. He is scheduled to start the nightcap.

The move for Kopech is retroactive to Friday. Kopech is nursing a strained left hamstring, however he has been on the bereavement list from Thursday through Sunday.

The hard-throwing Kopech was a cornerstone of the trade with Boston that sent Chris Sale to the Red Sox following the 2016 season. He started four games for the White Sox in 2018, posting a 1-1 record and a 5.02 ERA, and missed all of last season after undergoing Tommy John surgery in September 2018.

Lambert, 26, has registered a 7.71 ERA without recording a decision in five starts with Charlotte this season.

Lambert made his first two career appearances with the White Sox last season. He allowed two hits and struck out two over two innings before going on the injured list with a right forearm strain.