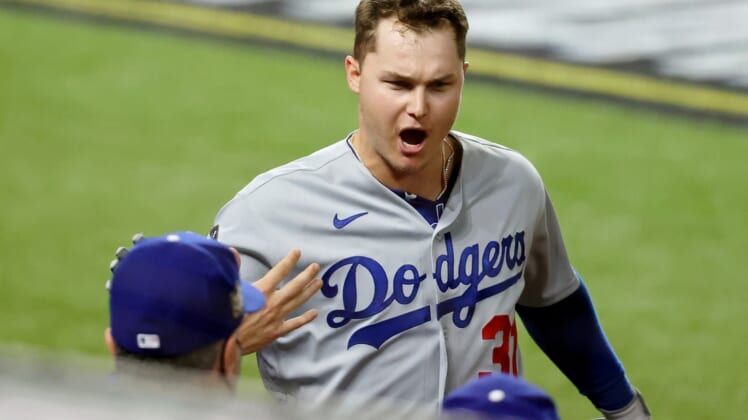 Outfielder Joc Pederson agreed to a one-year, $7 million deal with the Chicago Cubs, according to multiple reports.

The contract is pending a physical.

Pederson, 28, became a platoon player with the Los Angeles Dodgers due to his struggles against left-handed pitching. Pederson has an average of .191 and has only nine career home runs against southpaws. Against right-handers, his average is .238 with 121 homers.

Pederson also talked to the Milwaukee Brewers and St. Louis Cardinals, according to multiple reports.

In 748 career games, all with the Dodgers, Pederson has a .230 batting average.