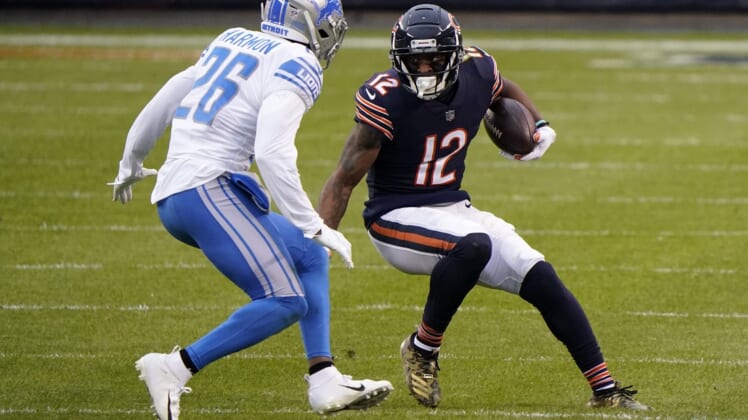 Chicago Bears wide receiver Allen Robinson has accepted his franchise tag for the 2021 season, the NFL Network reported on Thursday.

Robinson, 27, and the Bears have until July 15 to reach a long-term contract extension.

Robinson recorded a career-high 102 catches and a team-best 1,250 receiving yards in 2020. His six touchdown receptions trailed only tight end Jimmy Graham (eight) for the club lead.

Robinson has 457 catches for 5,999 yards and 39 touchdowns in 88 career games with the Jacksonville Jaguars and Bears. He was a Pro Bowl selection in 2015 with the Jaguars.