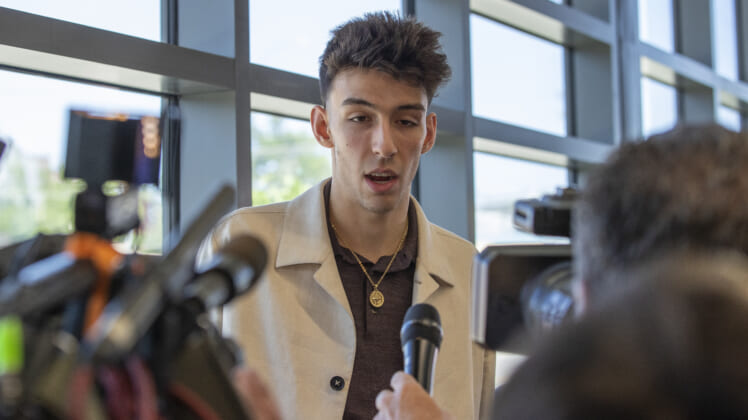 It didn’t take the former Gonzaga star too long to make an impact against the Utah Jazz.

The generational talent dominated through the first quarter of said game, scoring 13 points on 3-of-4 shooting from distance while adding three blocks. He was a man on a mission.

Casually pulling up from three and hitting nothing but net. That’s fun.

Holmgren also showed he can get it done inside. Check out this move from the 7-foot-1 big man.

Chet Holmgren is seen as a potential franchise cornerstone for the Thunder. And while one quarter in a Summer League Game is rather meaningless, the dude looks like he belongs.

It will be interesting to see how he continues to perform in Salt Lake City and when the Summer League moves to Las Vegas this coming weekend. It could be special.