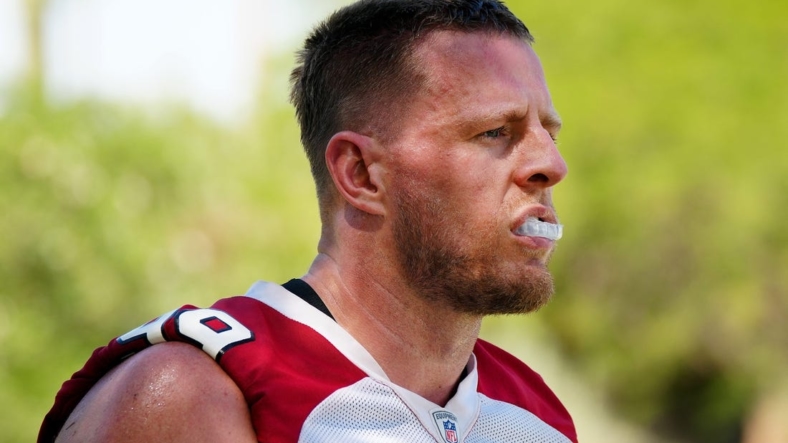 Watt told reporters in Arizona that he hopes to be ready to go for the Cardinals’ Week 2 game at the Las Vegas Raiders.

“It was a good day of work, good first day back out there (at practice),” Watt said. “I’ll get some more tomorrow and then go from there.”

Defensive coordinator Vance Joseph added that Watt was “close” to playing Week 2, but did not make a guarantee beyond that.

Watt, 33, is beginning his second season with the Cardinals after 10 years with the Houston Texans. The three-time NFL Defensive Player of the Year played seven games last year and recorded one sack and one forced fumble before shoulder surgery ended his regular season. He returned to play in Arizona’s playoff loss to the Los Angeles Rams.

Watt has 102 sacks in 135 career games (all starts), along with 26 forced fumbles, 16 fumble recoveries and two interceptions returned for touchdowns. He has only played a full season twice in the past six years.