The world and the music industry in general lost an icon when Prince passed away at the young age of 57 last year. Following Prince’s passing, the sports world did whatever it could to pay tribute to The Artist Formerly Known as Prince.

Carolina Panthers quarterback Cam Newton was one of those individuals, wearing Prince-inspired cleats for a September game against the Minnesota Vikings. It was a tremendous show of respect, especially considering Carolina was taking on Prince’s hometown team.

Those cleats are now on sale for the low price of $169.99. As CBS Sports points out, that’s a lot cheaper than Lonzo Ball’s first shoe since announcing his intention to enter the NBA Draft. 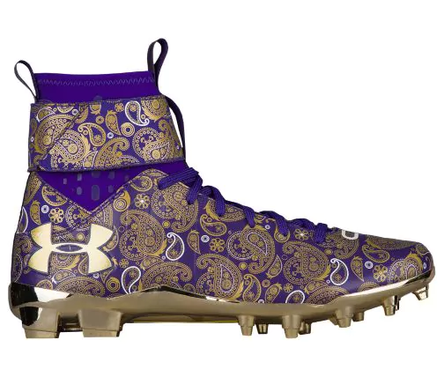 We have to give Newton and his people credit for this. Surely they are benefiting from the quarterback’s popularity, but the tribute to Prince continues.