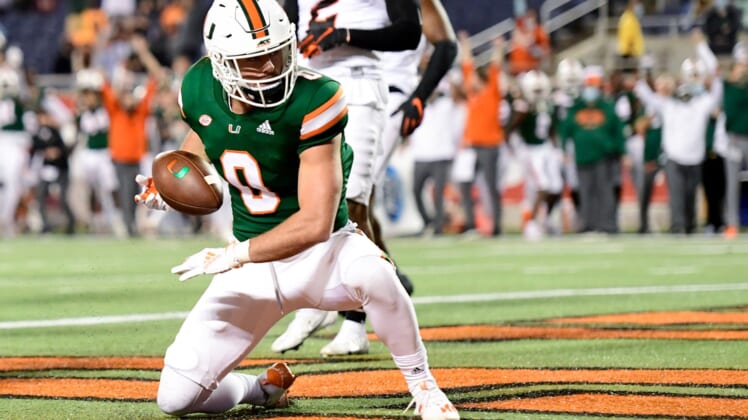 The largest potential sponsorship in this new NCAA era of name, image and likeness revenue generation is now on the table.

An owner of a Florida-based chain of gyms — American Top Team — has offered each scholarship player on the Miami Hurricanes football team a sum of $500 a month to promote his business on social media.

Take 90 scholarships times $500 times 12 months for a whole year, and you end up with a tidy sum of $540,000, believed to be the current record-holder for the biggest NIL offer yet.

Dan Lambert, the owner of the gyms that specialize in mixed martial arts training, has made his intention about paying the players clear: He wants to “Bring Back The U,” which not so coincidentally is the name of the corporation he established to facilitate payments.

He expects that step will keep him from breaking Florida law, specifically about entities that have directly supported universities and athletic departments being prohibited from paying athletes. Lambert has contributed to the university before. This new company has not.