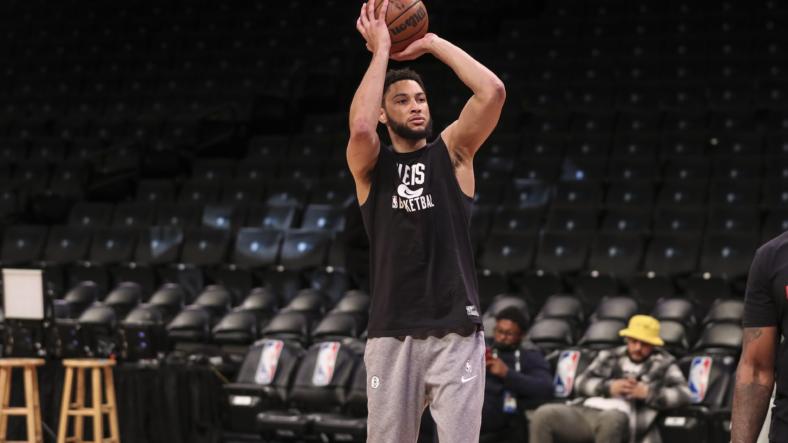 The Brooklyn Nets have put a dramatic offseason behind them and will now head into training camp with the core of Kevin Durant, Kyrie Irving and Ben Simmons healthy.

It comes after a wild summer that saw Kevin Durant demand a trade, Kyrie Irving floated to the Los Angeles Lakers and plenty of speculation regarding Simmons’ health. Finally, all of that is behind them and the organization can now begin its focus on preparing for the 2022-’23 NBA season.

This will be the first time the Nets get to see how the Durant-Irving-Simmons trio works. He never suited up last season, missing time with the Philadelphia 76ers due to his mental health and then dealing with an injury shortly after landing in Brooklyn. It leaves the franchise in a position of flux, needing to figure out how to make these three players fit.

Before training camp, reports emerge that the Nets are contemplating lineups this season with Simmons at center. While it’s a position he might be uncomfortable with at first, it could prove beneficial for both Simmons and the Nets.

Simmons is a unicorn of a player. At 6-foot-11, he has outperformed many of his perimeter matchups by just bullying his way inside the paint. Being an oversized point guard has helped him put up insane numbers during his career. He’s a matchup nightmare, especially in transition.

Since being drafted, Simmons has played the lead guard position very well. Occasionally, he’d get a triple-double through his points, assists and rebounds. At times, he’d play the power forward position depending on the personnel on the floor. But even as a power forward, the three-time All-Star would serve as the primary ball handler.

Simmons shouldn’t worry about his numbers as well. His ability to play an all-around brand of basketball can create different opportunities for himself and his teammates.

One thing that the Nets should execute well when they have the Australian sensation in the middle is to surround him with shooters. A lineup of Simmons at the center with Durant, Irving, Seth Curry and Joe Harris might be their best shot at beating teams in the East. As their center, the 2018 Rookie of the Year can mimic other passing bigs like Nikola Jokic, Domantas Sabonis and Draymond Green. Simmons doesn’t need to camp inside the paint most of the time. But it could help their offense if he becomes a post playmaker from inside the paint.

People expect big things from Simmons and the Nets this year. After a season filled with uncertainty and theatrics, the Nets should bounce back stronger. If Steve Nash decides to put Simmons at the center position, the league should brace themselves for the wild ride. 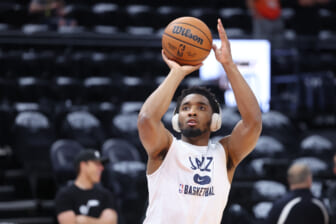