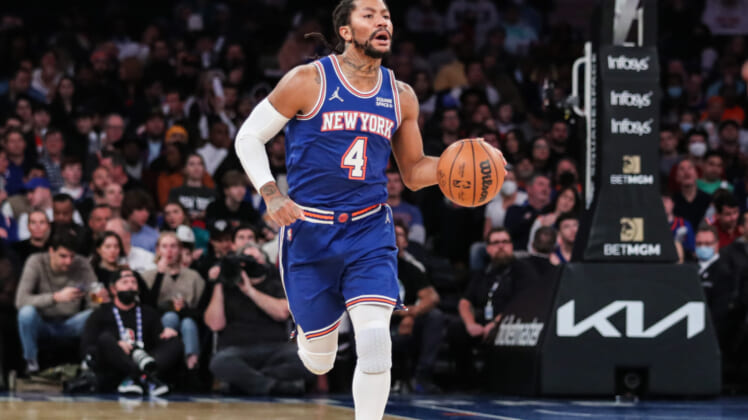 While the Boston Celtics are not expected to make major changes in the offseason, one NBA expert believes the addition of a veteran point guard to help run the offense could be the thing to get the team back to the finals and win.

On Thursday, the Celtics’ 2021-2022 season came to a disappointing end when they were eliminated by the Golden State Warriors in Game 6 of the NBA Finals. As the series played out, the Warriors were able to find ways to stifle Boston’s offense, and their point totals diminished each game from a high of 120 points in Game 1, all the way down to 90 in the series finale.

Related: NBA games today – Find out the important dates in the 2022 NBA offseason

At times, the offense seemed erratic and stuck in too much one-on-one play. It is a problem that Sports Illustrated NBA writer Howard Beck suggested needs to be addressed this offseason with a veteran point guard to take some of the play-calling load off of Marcus Smart.

“Unless you believe [Marcus Smart’s] going to continue to take steps forward as a point guard, and as the guy who can organize the team, so that guys are getting shots if they haven’t touched the ball in a while. Making sure you’re getting the best possible shot in crunch time. That the offense is organized in crunch time. That you’re not stalling out, that you’re not getting bogged down into a lot of one-on-one play, which is another problem the Celtics had in this series,” Beck said on a Friday edition of “The Crossover NBA Show with Chris Mannix and Howard Beck.”

“The Warriors kept lulling them into a lot of one-on-one play they could not execute on. I think a veteran point guard solves a lot of that stuff … It’s not to say Marcus Smart can’t do it, but I do think having a veteran hand so that smart’s doing little bit less, or in crunch time he’s shifting to off guard, or sharing ball-handling duties [could help].”

4 veteran point guards the Boston Celtics could pursue this summer

The Boston Celtics roster is pretty set, and after a trip to the NBA Finals, there is no reason to make wholesale changes. If they are to add a veteran point guard, it will need to be a well-aged talent willing to play for the mid-level exception or less. With that in mind, here are four options to add some leadership to the Cs backcourt. 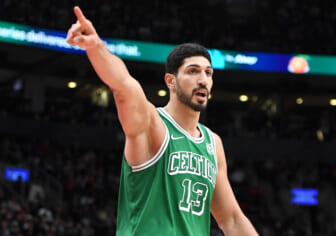 Goran Dragic is far removed from his peak seasons in the mid-2010s, but he’s a guard who can run an offense and would do so on the cheap to win a championship. It is something he tried to do last season with the Brooklyn Nets. He’s a proven veteran, former All-Star, and can offer up some solid scoring as a starter or off the bench.

Derrick Rose is the one player listed that would require a trade, but he is worth it when healthy. He was huge for the New York Knicks in 2020-2021 in helping them surprise the NBA and earn the fourth seed in the playoffs. Unsurprisingly, he missed much of this season and the team suffered for it. Even at 33, and with a long injury history, he is still a legitimate scoring threat and a proven offensive quarterback that would relish playing for a title contender.

How fascinating would it be for Rajon Rondo, a player on the Celtics’ last championship team, to return as a grizzled veteran to help the franchise get another? It just seems right, especially since Rondo could be had for the mid-level. He knows how to run an offense, and he fits perfectly with the team’s defense-first style of play.

Elfrid Payton is the least sexy option, but he is a sound option at a budget rate. He is a strong facilitator, can come off the bench and would check off some of those boxes mentioned by Beck.