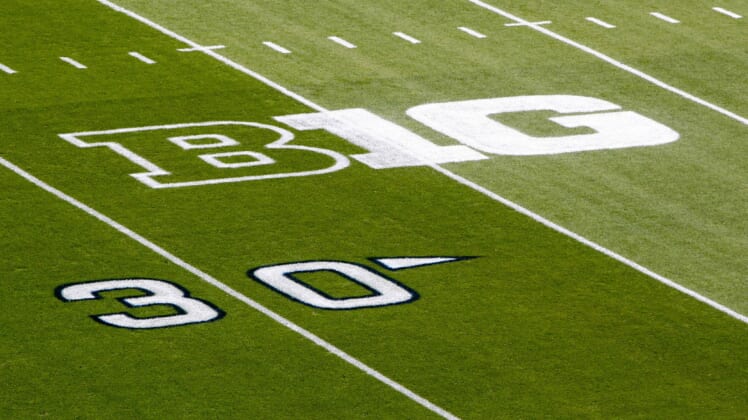 The BIG 10 are reportedly close to finalizing a deal that would see them take their television content from sports network powerhouse ESPN to both CBS and NBC, after the 2023 season.

The BIG 10 and their maneuvers to strengthen their conference by snatching up some of the BIG 12’s most prestigious schools has been one of the biggest stories during the college sports offseason. Part of the reason why teams like UCLA and USC have decided to leave behind their west coast base traditions and merge with one of the deepest conferences in college athletics reportedly is all about that money.

Related: UCLA and USC are ‘following the money’ to $100M in possible TV revenue with Big-10

On Tuesday, the fruits of that decision were close to coming to fruition. ESPN broke the news that the conference that is only second in might to the SEC, is crossing the Ts and dotting the Is on a new deal that will see BIG 10 action leave the network and move over to CBS and NBC. ESPN has aired BIG 10 sports since the 1980s.

The report states that the conference’s TV rights deals with ESPN and FOX are set to end next year. However, representatives of FOX were reportedly a part of negotiations with the two rival networks and are expected to maintain their relationship with the conference. In the new TV deals, the conference will make $350 million each from NBC and CBS.

While disappointing, it is not a major loss for ESPN since they will begin a new 10-year agreement in 2024 that will see them air a package of SEC sports content. 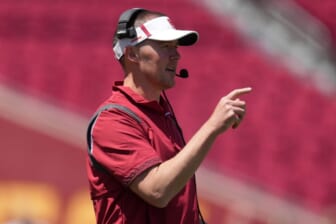 “The Big Ten Conference is currently working with world-class partners to complete multifaceted media rights agreements,” a BIG 10 rep told ESPN in a statement. “The overall constructs of the new rights agreements have not been finalized. The conference continues to have productive meetings with both linear and direct-to-consumer media partners. We are committed to delivering unparalleled resources and exposure opportunities for Big Ten Conference member institutions, athletic programs, student-athletes, coaches and fans.”