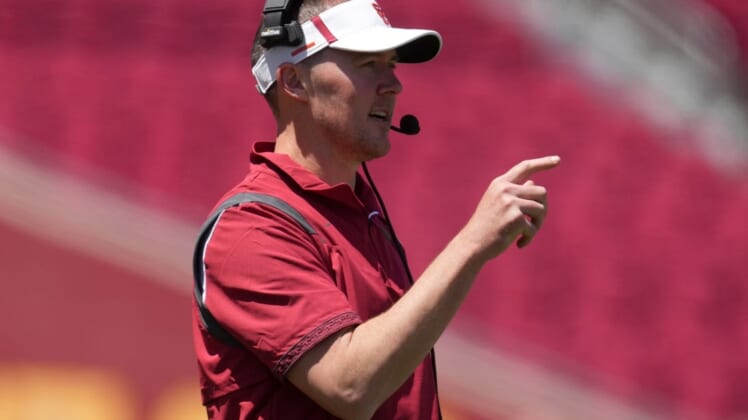 UCLA and USC are being welcomed to the Big Ten in 2024 without the customary waiting period to be recognized as vested members of the conference.

The move runs counter to the six-year vesting period the Big Ten established when Rutgers, Maryland and Nebraska were added.

Big Ten commissioner Kevin Warren said Tuesday at media days in Indianapolis that the decision reflects the importance of adding the Pac-12 powerhouses from Los Angeles to the vast league, which will have teams in three time zones.

The share of league revenue for each institution will be determined when the conference begins a new media rights deal in 2023. Los Angeles is the No. 2 media market, and the expectation is the league’s take could grow beyond $1 billion annually.

“I don’t want to guess what that would be. I know we’ll reach that decision here pretty quickly,” Warren said Tuesday.

Warren said the Big Ten would not apologize for the “strength, power, boldness” of expansion, nor would the commissioner rule out adding other schools.

“We will not expand just to expand. It will be strategic. It will add additional value to our conference,” he said.

“We are currently in a landscape in college athletics that is changing on a daily basis. … The Big Ten conference will not languish in bureaucracy.”