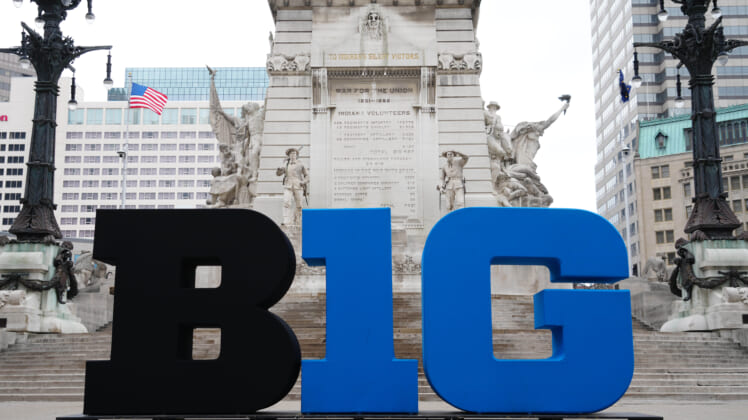 There was no doubt that USC and UCLA’s decision on Thursday to move to leave the PAC-12 for the Big-10 conference was motivated by money, but a new report has the actual figures they could make from switching leagues, and it’s astronomical.

Yesterday, much of the sports world was stunned when it was revealed that two of the biggest west coast universities in college athletics were taking their programs to the powerhouse conference of the mid-west and east, the Big-10.

At first, the news was just rumblings and hearsay. However, things quickly became a reality when it was confirmed that both schools had officially applied to join the conference in 2024 and that their applications had been accepted. What made it all the more stunning was the reveal that the two schools were the ones who initiated the move, and not the Big-10.

Related: USC Trojans and UCLA Bruins to bolt from Big 10 in 2024 as applications approved

With UCLA and USC, the Big-10 is now on the verge of a billion-dollar TV deal

Well, while competition level certainly played a factor in those storied sports program’s decision to leave the PAC-12, in the end, huge sums of cold hard cash were a major influence on the move.

On a Friday edition of “First Take,” ESPN senior writer Heather Dinich reported that the two schools stand to make an extra nine figures a year by joining the Big-10 as it becomes a serious rival to the goliath that is the SEC. And it seems the college world is watching it all very closely.

In 2020, the SEC left their previous broadcast home of CBS to sign a $3 billion with ESPN in a deal that will begin in 2024.