Apparently things do not pan out well for members of the Baltimore Ravens who get arrested, at least according to running back Bernard Pierce.

Pierce was arrested for speeding while driving under the influence Wednesday morning. During his arrest, Pierce indicated to the arresting office that he was going to be released by the Ravens. 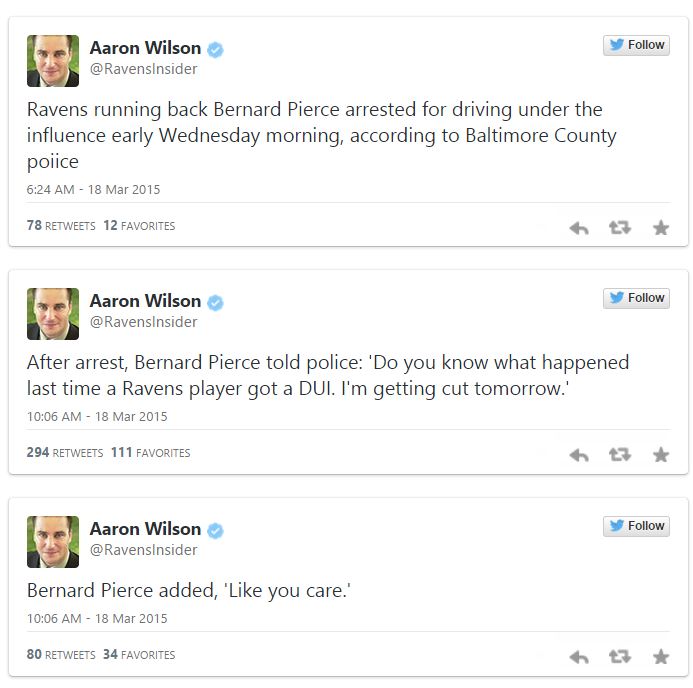 At this time, it remains to be seen what action, if any, the Baltimore will take regarding Pierce’s arrest. However, he doesn’t seem to think a return to the team is in the cards.

Ravens defensive back Victor Hampton was arrested on DUI charges earlier this month. He was immediately released by the team.

Back in February, defensive tackle Terrence Cody was indicted on two felony counts of animal cruelty. He was released the same day.

So Pierce could very well be right. It’s possible the Ravens will just choose to move on from him. After all, the team doesn’t want to take another PR hit after the entire Ray Rice situation.