Playoffs in sight for Bengals barring another rash of injuries

The only positive about a year like the Bengals had is that things can’t go badly again. Cincinnati won’t reach its 2015 heights, but it can reasonably hope to make the playoffs this year.

Quarterback Andy Dalton will be as good as the people surrounding him. Dalton is far from the worst quarterback in the league, but he’s not the type of player who will carry a team. Last season, he finished 11th in DYAR and 13th in DVOA. Dalton also threw just eight interceptions and had a career-low in interception percentage, helping to shed the label of a turnover-prone quarterback. However, he hasn’t gotten much better at pushing the ball down the field, averaging just 6.53 adjusted net yards per attempt in 2016.

The best argument that Dalton will throw downfield more often this year is the receiving corps. A.J. Green is back, healthy and one of the scariest deep threats in football. Even in just 10 games last season, Green ranked 11th among receivers in DYAR. His 89.4 PFF grade was also fourth at the position.

Cincy also went with receiver John Ross with the ninth pick in the draft. Ross, who ran a 4.22 40-yard dash at the combine (breaking a record in the process), figures to be a strong deep threat thanks to his speed. However, Ross also has good technical ability. He can run a diverse route tree, get yardage after the catch and has solid hands. His injury history was a concern during the draft process and Ross will struggle with physical corners. But with Green taking up most of the attention, he could run wild. 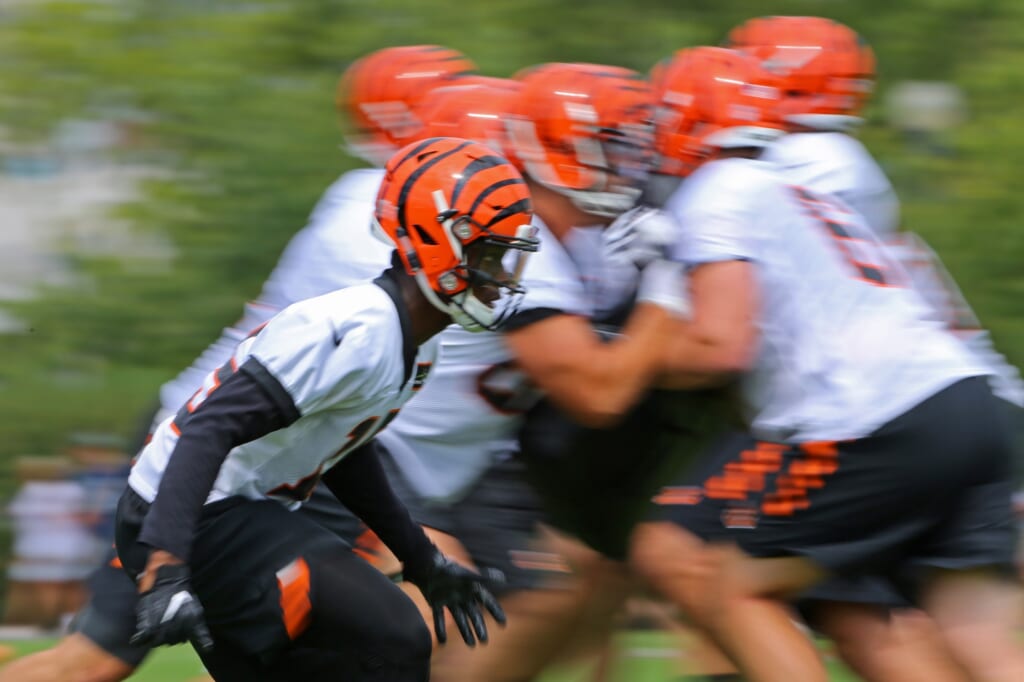 A healthy Tyler Eifert will also mean a lot for the Bengals’ aerial attack. After a breakout 2015, Eifert played just eight games last season, catching 29 balls for 394 yards. At tight end, Eifert creates a huge matchup problem for opposing defenses. That’s only amplified with Green and Ross on the field. Tyler Boyd will likely finish fourth in targets, but the second-year man is fairly reliable. He had a 67 percent catch rate last year and should be good out of the slot.

Cincinnati’s backfield is begging for second round pick Joe Mixon to take the job. Co-incumbents Giovani Bernard and Jeremy Hill were both terrible last season. Hill averaged 3.8 yards per carry and had an abysmal 44 percent success rate. As for Bernard, he averaged 3.7 per carry — a miserable number despite his injury. Mixon was one of the most purely talented running backs in the draft. He ranked first last season with a 57.3 breakaway percentage, according to PFF, and has great burst. Mixon can play on third down as well, with good receiving ability. If he stays out of trouble off the field, expect Mixon to be a force.

The only part of Cincinnati’s offense that will have trouble is the offensive line. Cedric Ogbuehi was terrible at right tackle last season and now the Bengals are moving him to left tackle. Ogbuehi allowed 4.5 sacks and blew 14 pass blocks, per Football Outsiders’ Almanac. He also had a terrible 44.2 PFF grade. Right tackle Jake Fisher was better, but not by much, posting a 47.2 PFF grade last season. Fisher, in just 295 snaps, allowed three sacks and blew seven pass blocks, per FOA. As a point of comparison, departed left tackle Andrew Whitworth blew six pass blocks in 1,065 snaps, per FOA. Things get better on the interior, but not by much. Andre Smith is set to start at right guard. He played just four games with the Vikings last season, but had a 42.3 PFF grade, consistent with his 57.1 grade in 2015. Left guard Clint Boling is probably the best player on this line with a 73.0 PFF grade last year. Center Russell Bodine blew only 10 blocks last season, per FOA, and should be fine.

If the tackle situation becomes dire, it could sink the offense. Dalton tends to struggle under pressure and has had turnover issues in the past. Mixon ran well after contact in college, but this is another level. However, for that to happen, things would have to go from bad to worse at the position. It’s hard for an offensive lineman to sink an offense and there are schematic fixes. This is something to watch, but the offensive line will probably hurt the Bengals’ offense instead of killing it.

Defensively, the Bengals are solid at the top of the depth chart, but things thin out fast.

When it comes to defensive linemen, Geno Atkins is one of the best in the league. He posted 9.0 sacks, 17 hits and 37 hurries last season, according to FOA. Atkins’ 90 percent run stop rate also ranked 11th at the position. Next to him on the interior, however, Pat Sims is 32 years old and on the decline. Sims had a middling 68.2 PFF grade last season along with a fairly poor 74 percent run stop rate. 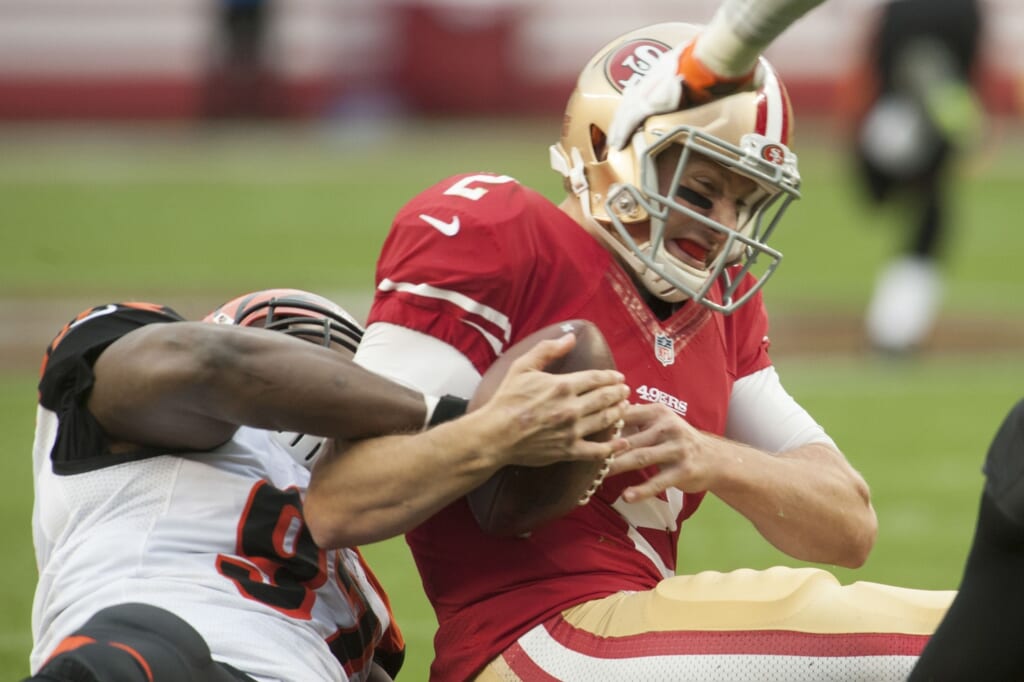 The situation on the edge is similar. Carlos Dunlap is a great pass rusher, putting up 7.0 sacks, 17 hits, 48 hurries and 16 disruptions last year, per FOA. Opposite him, however, Michael Johnson had a terrible 43.4 PFF grade last season. If injuries strike, the Bengals aren’t deep here either. DeShawn Williams is serviceable on the inside, but it’s hard to depend on the 33-year old Wallace Gilberry and Will Clark on the edge. The Bengals did spend draft picks on edge rushers Jordan Willis and Carl Lawson. They also took DT Ryan Glasgow in the fourth round. While those guys could be part of the rotation, there will be problems if anybody at the top of the depth chart gets hurt.

Linebacker is probably the best area of the defense if everyone stays healthy.

Vontaze Burfict is a wonderful player when his temper doesn’t get the best of him. He ranked sixth at the position in PFF grading last season with an 87.1 mark. However, his temper did get the best of him just last week — a hit on Chiefs fullback Anthony Sherman resulted in a five game suspension for Burfict.

Vincent Rey is quietly one of the best coverage linebackers in the league. His 64 percent success rate ranked sixth at the position and he gave up just 5.1 adjusted yards per target last year, according to FOA. Newly acquired Kevin Minter was 30th among linebackers with a 77.5 PFF grade.

Depth issues reign supreme at linebacker, as well. Hardy Nickerson, Jordan Evans, Paul Dawson, Brandon Bell, Bryson Albright, Marquis Flowers and Nick Vigil played a combined 113 snaps last year, and 111 of them came from Vigil, who had a 45.7 PFF grade. Expect him to take over for Burfict if the suspension is upheld after an appeal.

In the secondary, depth isn’t quite as much of an issue, though the group lacks star power. 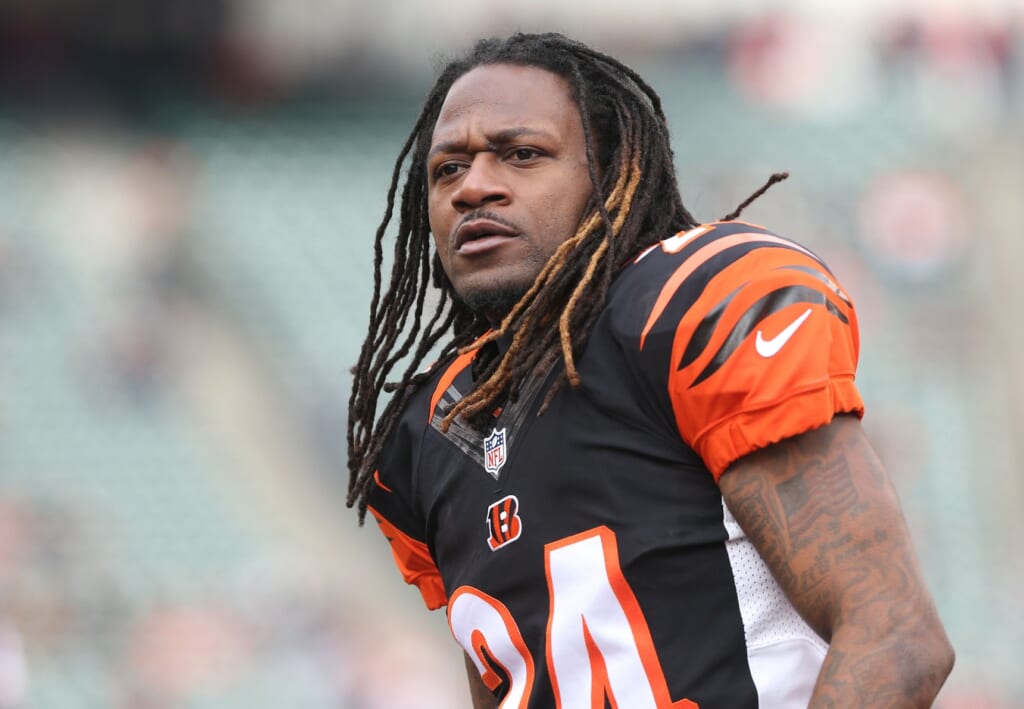 William Jackson — 2016 first round pick — will also see the field a fair amount, though it’s unclear whether the Bengals plan to use him on the outside or in the slot. Darqueze Dennard has been the nickel back in the past, but he played only 334 snaps last season and had a horrid 34 percent success rate, per FOA. With a fairly deep roster at corner, it seems unlikely that Dennard is the full-time slot corner.

At safety, George Iloka and Shawn Williams are serviceable. The two had PFF grades of 75.0 and 78.5 last season, respectively. Though Williams is dealing with an injury at the moment, he could be back as soon as Week 1. To sing a familiar refrain, however, depth is going to be a problem here. Derron Smith could be next in line for snaps and he played just 103 of them last season.

This defense has talent, but if there are injury problems, things will get very bad, very fast. Much of the Bengals’ playoff hopes depend on the health of the defense, which is a scary thing to depend on given the nature of football.

This doesn’t make the postseason impossible, especially given how good the offense looks. However, it won’t be easy. A lot will need to break their way, but January football is far from impossible for the Bengals in 2017.